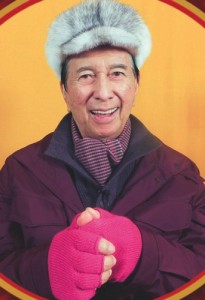 The New South Wales (NSW) government has put in place measures to ensure that Stanley Ho, the father of James Packer’s business partner in Macau, Lawrence Ho, is not involved in his Sydney casino project, The Australian uncovered yesterday.
Previously secret conditions, revealed in NSW parliament, restrict Crown Resorts’ junket operations, its operations overseas and business connections between Crown and Stanley Ho and his associates.
According to the agreement quoted by The Australian, “Crown will ensure that it prevents any new business activities or transactions of a material nature between Stanley Huang Sun Ho or a Stanley Ho Associate and Crown, any of Crown’s officers, directors or employees or any Crown Subsidiary.”
The paper added that it also prevents Stanley Ho from buying any part of Crown or holding any position with Crown, and Crown has to undertake regular searches to make sure he or his associates have not bought shares in the company. Schedule 2 of the agreement, which has not been released, is a three-page list of “Entities and Individuals Deemed Associates of Stanley Ho”.
The secret conditions of Crown’s Sydney casino license were revealed “after a long battle for their release” by NSW Greens MP John Kaye. “While the Baird and O’Farrell governments were busy ignoring concerns that were raised about the impacts of the Barangaroo casino, their own regulator was trying to minimize the influence of the Ho family, protect NSW from junket operators and limit Crown’s business international dealings,” Dr Kaye said yesterday.
With the support of Labor, John Kaye forced a parliamentary order to produce the documents, The Australian added. Crown and the NSW Independent Liquor and Gaming Authority claimed their release would be commercially damaging, but an independent arbitrator ordered a redacted version be released. They were tabled in parliament yesterday after parliament’s privileges committee ruled in favor of Dr Kaye.