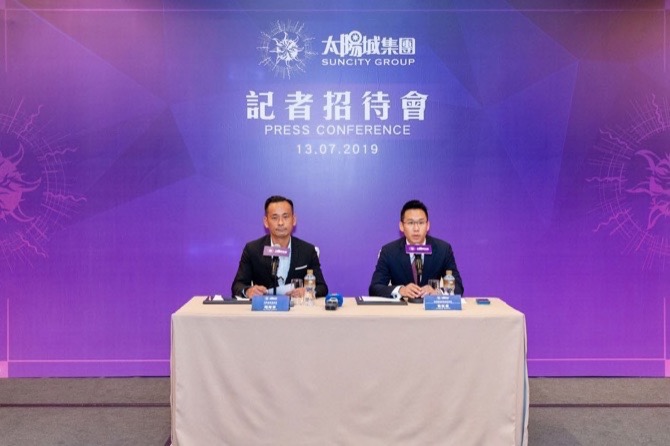 Local junket operator Suncity Group says it will apply Macau law to all of its overseas operations, in this way hoping to prevent a repeat of accusations that the group was operating offshore online casinos targeting mainland gamblers.

The pledge was made by Suncity Chief Executive Officer Alvin Chau, who said that the legal regulations of Macau will continue to serve as the standard for future operations, both in the SAR and further abroad.

For any products or services lawfully permitted in other countries and regions, “Suncity will not adopt them if the laws of Macau do not allow it,” pledged the junket boss.

Chau affirmed that the company has always complied with the laws of Macau. He said that Suncity and its related companies have not engaged in any business that violates the laws of the People’s Republic of China or the Macau SAR.

Chau’s statements, made at a press conference held over the weekend, come in response to accusations levied by the mainland’s Economic Information Daily, an affiliate of Xinhua news agency.

The media entity had reported that Suncity was operating offshore online casinos and allowing proxy betting services. Both are banned practices in Macau and the mainland, though not necessarily forbidden in the overseas jurisdictions alleged by the report.

The junket boss also denied other allegations, including that Suncity had underreported its finances, that its annual revenue was double that of China Lottery, and that it had “disturbed the national financial order.”

At the Saturday press conference, Chau noted his regret for the inconvenience caused to the Macau government and the possible negative impact on the gaming concessionaires.

He said that Suncity would not take any legal action against the media, instead thanking it for supervising the company.

Last Monday, Suncity issued a strong denial of the allegations aired in the previous week, saying that it is legally authorized to operate a junket business in Macau, but that it neither owns any gambling tables in the SAR, nor operates any online gambling activities.

On Wednesday, Macau’s Gaming Inspection and Coordination Bureau (DICJ) met with representatives of junkets and the city’s six gaming operators, stressing the need to adhere to local and foreign laws on gambling and the promotion of games of chance.

The DICJ also stressed that any violation of the law by a junket promoter – even if such a violation takes place outside of Macau – could have implications for the suitability of the junket to operate in the SAR.

In May, Suncity executive Andrew Lo confirmed widely-held suspicions that the junket promoter was interested in bidding for a Macau casino concession should one open up after the current six expire in 2022.