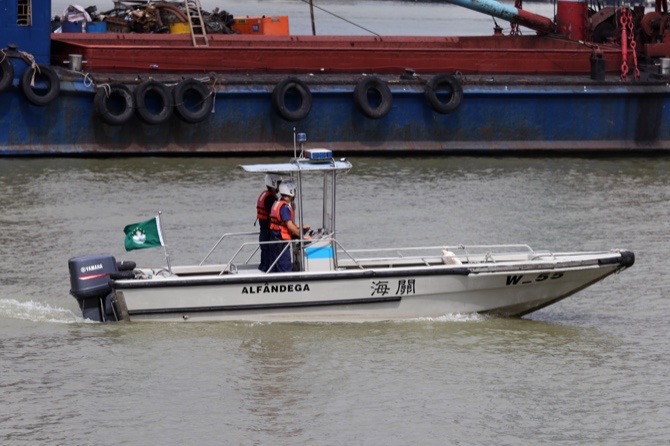 The search for the sunken vessel carrying eight people, three of whom are understood to be from Macau, is still underway even as its final location was determined yesterday.

The Zhuhai marine authority, which is part of a Greater Bay-wide search effort, reported that an object suspected to be the vessel has been spotted around 3 km off the coasts of Baili and Dawanshan islands in the Wanshan Archipelago.

The depth of the water at the location is 26 meters, with the vessel 7 meters above the bottom of the sea. The front of the vessel is reported to be facing northwest.

The fishing boat was made of wood and owned by a person from Macau. Due to the automatic identification system of the vessel being shut off, its exact location was difficult to pinpoint when it initially lost contact.

It went missing near the Wanshan Archipelago, south of the Pearl River Estuary.

In past days, the search effort has covered an area of approximately 600 square kilometers around the Archipelago. Search teams were deployed from Greater Bay cities, namely Guangzhou, Zhuhai, Shenzhen, as well as Macau and Hong Kong.

Marine vessels were deployed a total of 31 times, and aircraft seven times, according to authorities. Drones were also deployed from Macau to the area.

Later, the authorities turned to sonar equipment before they were able to pinpoint the location of the lost vessel.

The abruptly changing weather last Thursday night is suspected to be the culprit behind the accident. A social media post by the Macau Meteorological Association showed that a tornado-like vortex might have briefly formed in the area on the night. Staff reporter