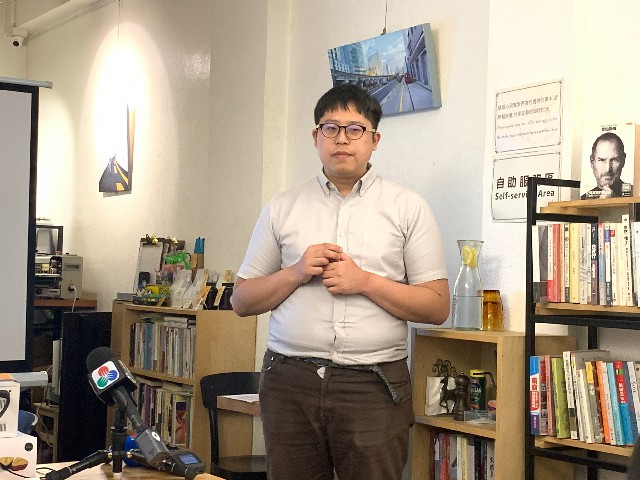 A recent survey shows that discrimination against the LGBT+ community stands at 7.17 points out of 10, with gay people experience higher levels of discrimination compared to persons of other sexual orientations.
Conducted by gay rights group Rainbow of Macau, the research collected a total of 994 responses, the largest sample size compared to the surveys it conducted in 2013 and 2016, which gathered 186 and 715 valid responses respectively.
Jason Chao, founder of the non-governmental organization, said that suicidal thoughts in members of the LGBT+ community have been a severe problem, according to previous findings from the LGBT+ Survey.
This year’s survey shows that 14% of LGBT+ people in Macau have considered committing suicide, with gay men exhibiting a significantly higher percentage of experiencing suicidal thoughts (18.9%) compared to lesbian women (11.2%).
Chao expressed his hope that the recent data would provide information to academics and policy-makers to form the basis of the enhancement of the LGBT+ community’s quality of life.
“Gay people deserve higher attention because they are more likely to have suicidal thoughts, perceive more severe discrimination and are less happy,” Chao said during a press conference.
Meanwhile, a higher percentage of gay men (38.5%) experienced verbal assault because of their sexual orientation.
The discrimination figure for gays is at least 10% higher than all other sexual orientation groups. The discrimination figures are 27.1% for bisexual males, 25.4% for lesbians, and 14.2% for bisexual females.
“It is understandable that gay people feel a higher level of discrimination,” Chao remarked.
“We can say that gay people reported a higher level of discrimination [because] in the traditional Chinese culture, male heirs have the responsibility to sustain the bloodline of the family, so taking into account a lot of social factors, gay people bear higher pressure,” he added.
The study also shows that the occurrence of domestic violence within the LGBT+ communities is alarming, as it revealed that 22% of respondents have experienced domestic violence perpetrated by their intimate partners.
Rainbow of Macau presented the data to the Social Welfare Bureau (IAS) yesterday in a bid to inform the bureau on how to better assist the LGBT+ community.
The association has called for an enhancement to the well-being of the LBGT+ community, recommending that the government commence visible and effective de-stigmatization work and improve the family acceptance of LGBT+ people.
“It is important for the government to carry out the work in a more visible manner,” said Chao.
“We communicated to the IAS that although you claim your services are inclusive, you need to be more visible and raise awareness on how inclusive your access is,” he added.
Chao further noted that they had encouraged the IAS to be “more visible” and raise awareness on how inclusive their services are.
“We hope that through [these measures], we can improve the happiness of the LGBT+ community,” he added.
The survey shows that LGBT+ people in Macau tend to be unhappy, with an average Happiness Index of 4.5 points, on the scale of 1 to 10 in an ascending level of happiness.
The survey determined that gay and bisexual males tend to be less happy. It was also discovered that the level of acceptance in a family toward the spectrum of sexual orientation and the level of happiness experienced correlate positively.