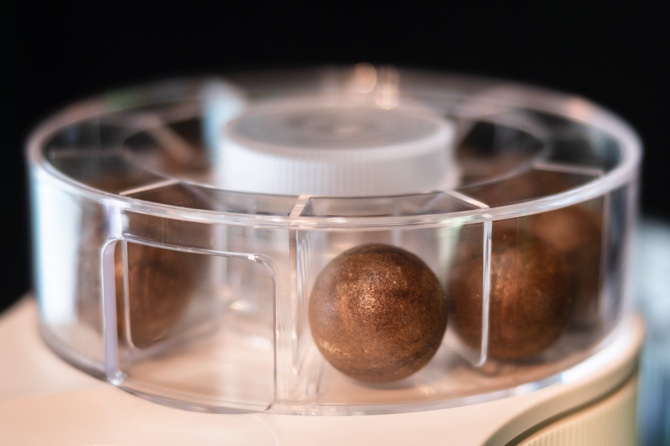 Swiss retailer Migros said yesterday that it is launching a coffeemaking system designed to replace capsules that produce thousands of tons of waste worldwide each year.

The cooperative said its spherical capsules — described as “coffee balls” — are fully compostable, unlike the plastic and aluminum containers popularized by its rival Nestle under the brand Nespresso 36 years ago.

Migros said its coffee balls are encased in a thin, flavorless, seaweed-based cover that can be discarded with the spent coffee after use.

The company said the CoffeeB system, which also features a special coffeemaker, will be rolled out first in Switzerland and France this year, followed by Germany in 2023.