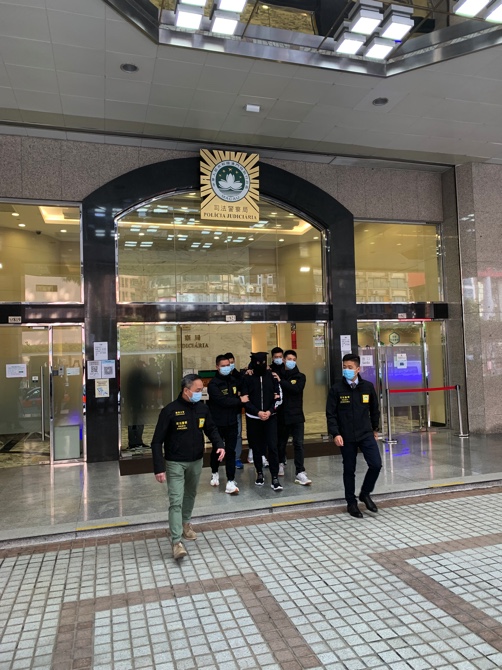 Two suspects from an illegal gambling syndicate connected to the investigations of the Suncity case have been arrested, the Judiciary Police (PJ) told a special press conference yesterday morning.

Levo Chan is the major shareholder and co-chairman of Macau Legend Development Ltd.

The police disclosed that in the follow-up investigations on a similar case last November, the authority discovered that the two suspects allegedly conducted illegal activities.

Last November’s case referred to by the police was the arrest of Alvin Chau.

The duo was suspected of operating illegal online gambling and side-betting activities. The PJ said that Chan was the main operator and Choi provided support.

On January 28, when deemed appropriate timing by the PJ, an arrest was made at a hotel in the NAPE District. News outlet Allin Media reported the location to be the Waldo Hotel, opposite Sands Macao.

During the investigation, the suspects failed to cooperate, according to the police, who said that they found a significant amount of evidence in their offices and residences. The evidence came in the form of computer data, print documents and cash. 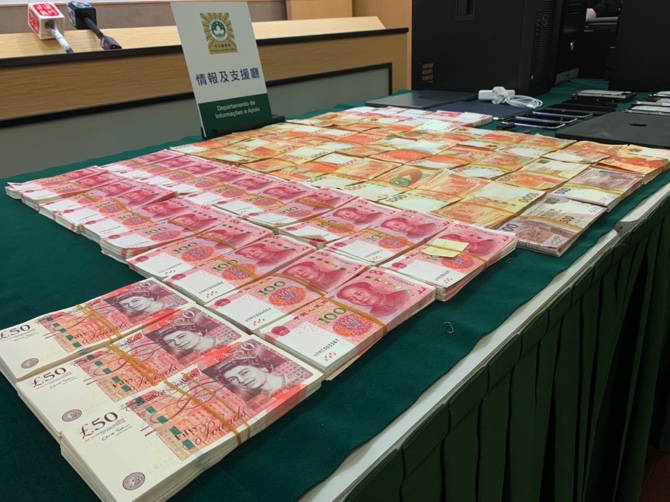 After the press conference, the two suspects were transferred to the Public Prosecutions Office. They were charged with the crimes of operating a criminal syndicate, illegal operation of gambling activities and money laundering.

A series of announcements had previously been made by gambling concessionaires that operations with junket operators would be terminated. Tak Chun Group then announced the cessation of operations of its VIP gambling rooms.

Meanwhile, Levo Chan’s wife, Taiwanese entertainer Ady An, issued a statement through her management agent in Taiwan, declining to comment on personal matters, as reported by several news outlets.

Last night, Macau Legend issued a statement noting, “The board is aware of the arrest and detainment of Chan Weng Lin an executive director, the co-chairman of the board, the chief executive officer and a controlling shareholder of the company, by the Macau Judicial Police.”

“The board is of the view that as the group is operated by a team of management personnel and the above incident relates to the personal affairs of Chan and not related to the group, the board does not expect the above incident to have a material adverse impact on the daily operations of the group,” the statement read.

Previously, Steve Vickers, specialist in Political and Corporate Risk Consultancy and CEO of Steve Vickers and Associates (SVA) told the Times after the arrest of Suncity CEO that these forthcoming regulatory shifts signaled an end to some or all of the junket business, which has “led to an escalation of efforts by certain junket operators to raise gaming revenues directly on the mainland and to engage in unlawful gaming: both on the mainland and via proxy gaming operations in South East Asia.”