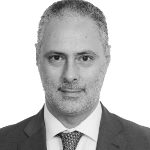 According to the “one country, two systems” principle, China encompasses three separate customs territories – Mainland China, and the Hong Kong and Macao Special Administrative Regions. From an economic and trade standpoint, the three territories operate in the international market as if they were independent countries – even though they are territories of a single sovereign state.

With the aim to promote their economic prosperity and development, these territories have entered into bilateral agreements covering trade in goods and services, investment, intellectual property and economic and technical cooperation – the so-called CEPA (Closer Economic Partnership Arrangements). CEPA are free trade agreements that are in line with the World Trade Organization (WTO) rules, and provide for preferential access for the products and residents (individuals and enterprises) of one of the signatories to the market of the other signatory.

Since it came into force, several additional supplements have been signed regarding the Mainland and Macao CEPA, broadening the areas, products and services subject to the terms of the agreement. Generally, almost all products of Macanese origin which are permitted to be imported into the Mainland are exempted from import duties (in order to benefit from this exemption, the products must be “made in Macao”, i.e. they must fulfil certain rules of origin criteria). In addition, certain service sectors are granted preferential access to the Mainland market, provided that the service supplier attains a “Macao Service Supplier” certificate.

The Hong Kong and Macao CEPA was subject to the scrutiny of the WTO, which approved it on 1 April 2019 as an agreement that complies with the principles and rules of the WTO. Its declared objectives are to achieve liberalisation of trade between the Hong Kong SAR and the Macao SAR, strengthen trade and investment cooperation between the two territories and promote their joint development by (i) reducing or eliminating tariff and non-tariff barriers on the trade of goods, (ii) reducing or eliminating all discriminatory measures on the trade of services, (iii) promoting and protecting investment, (iv) promoting trade and investment facilitation, and (v) promoting economic and technical cooperation.

Since Hong Kong and Macao are already territories that, save for some exceptions, do not apply any tariffs on imports, the Hong Kong and Macao CEPA mainly promotes, in its two annexes, the specific commitments of Hong Kong (Annex 1) and Macao (Annex 2) to the liberalisation of trade in services for the other party. Hong Kong has committed to make additionally available to Macanese service suppliers 105 service sectors in Hong Kong; Macao has committed to make additionally available to Hong Kong service suppliers 72 service sectors in Macao.

Considering the above-mentioned figures, it is easy to understand that the elimination of barriers to trade and investment between the two territories is highly important. The CEPA arrangements seem to be good instruments to pursue the “one country, two systems” principle and the objectives of the Guangdong-Hong Kong-Macao Greater Bay Area.