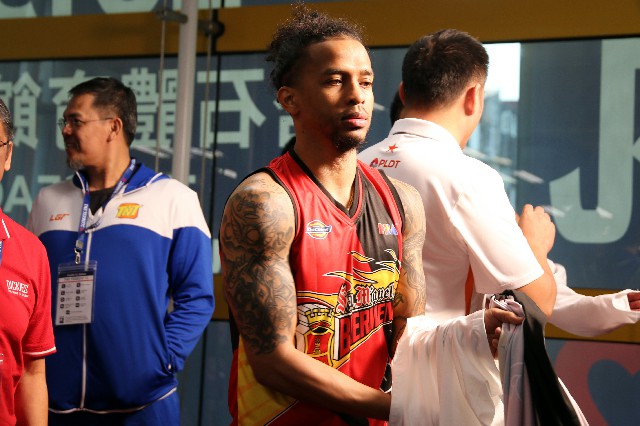 East Asia Super League’s (EASL) “The Terrific 12” tournament kicked off yesterday with the first four games of the six-day event that promises to bring world-class basketball to Macau.
Before the day’s games, on the sidelines of the press conference that officially started the event, EASL’s Chief Executive Officer Matt Beyer told the Times that this year, the second consecutive year in which the tournament is held in Macau, the event benefits from being held at the Tap Seac Multisport Pavilion in the city center, as opposed to the previous edition in which the games were held in Cotai’s Studio City.
Questioned on the topic, Beyer said, “I think it helps a lot, it helps a ton,” adding, “being in the city is great for business,” noting that the visibility of the event and the accessibility of the fans improved in a great manner from the previous year.
According to Beyer, “60% of the tickets for today [Tuesday] are sold and we expect a constant growth on this [figure] through-out the week, especially on the weekend for the Semi-finals and Finals [when the venue is expected to reach full capacity].”
During the press conference, Beyer said to expect nothing less than world-class basketball entertainment from the tournament, noting that “given the talent assembled in this year’s field, I am sure that the players are ready to provide some world-class excitement.”
Beyer also noted that this year’s edition is particularly important, as it comes after the recent FIBA World Cup hosted in China and before the 2020 Summer Olympics to be held next summer in Japan, causing the “eyes of the basketball world to be fixed on Asia.”
According to information provided by EASL, the tournament winners will be awarded USD150,000 (MOP1.21 million), USD100,000 (MOP806,000) and USD50,000 (MOP403,000) for the Winner, Runner-up, and Third place respectively, with the prize money totaling MOP2.42 million.

Sports for tourism
At the same press conference, the representative of the local co-organizer Sports Bureau (ID), Vice President Christine Lam, noted the importance of the event not just as stimulation for local sports but also as a way to grow the local Sports tourism sector, saying, “we hope that this group of East Asian basketball players will not only entertain Macau citizens and overseas visitors by delivering high-level basketball games, but also further promoting Macau’s sport tourism sector and a leisure travel destination image of Macau.”
Helping in such matters is the fact that the games are being broadcasted worldwide by a total of 34 broadcasting platforms, including major sports broadcasters such as ESPN. Great challenge
On the sidelines of the event’s launching press conference, the Times spoke to San Miguel Beermen player Christopher Ross, the point guard for the Beermen and one of the most prominent stars of the team. Ross said, “we will be playing against some great teams from CBA (Chinese Basketball Association) and the KBL (Korean Basketball League) as well as Japan’s League. We are trying to put on a good show [although] we are a few men down but we should have enough to go out there and compete,” adding, “the competition will be stiff but like I said, I think we have enough to compete and it will be fun to go out there.”
Ross also suggested that more important than winning the tournament is to make use of it as good preparation for the challenges that the team will face next, adding that “we are not in a rush to go out on the court and try to score high. We will be patient.”
On the coaching side, Jimmy Alapag, FIBA Player’s Commission member and assistant coach of the San Miguel Beermen, told the Times “I am [expecting] that the games will be all very competitive.”
“With the presence [in this tournament] of the top teams from each respective League, and to that you add some quality imports [players] from Europe or the Middle-east or the NBA, it just adds to the competition and allows all the teams, all the players and even all the coaches to really grow.”
Addressing the development of Asian basketball in the past few years, the former professional player noted, “[in world terms] We are still in the process of trying to catch up a little bit. I think being in the [past] World Cup shows how much progress we have made but in that scenario, it is really important for the Asian teams to really be at our best.”
Alapag also noted that Asians are not lacking in basketball talent. “We continue to improve and we continue to grow. I don’t think we are as far off as others although in this World Cup no Asian team qualified for the second round,” he said, adding “But I think even the World Cup showed how much we have grown. Back in 2014, when I was playing, there were only three Asian teams [participating], this year there were eight and hopefully, we can build up from this last World Cup.”
Questioned on who Asian basketball could learn more from, American or European schools, Alapag said, “I don’t think there is a reason we can’t learn from both and just take out the positives of how they play in the ‘States’ and the European style in terms of how they play with ball and players’ movement. I don’t see why we couldn’t take a page out of both for us to grow as a region.”

Benefits for locals
The event expects a large audience turnout, as noted by the CEO of EASL, based on attractive ticketing prices that aim to fill the stands of Tap Seac Multisport Pavilion throughout the event. Ticket prices rang between MOP50 and MOP100 for a Group Stage day ticket (4 games) and from MOP200 to MOP400 for the Semi-finals and Finals (2 games each).
Adding to those prices, the organizers included several benefits for fans, which include discounts for all Macau ID holders (20% off any ticket) and 50% off for all local students and senior citizens (Macau ID holders aged 65 or above).
Early bird ticket sales with 15% discounts and full event packages that include tickets for the 5 days of games are also on sale.
The event started yesterday and will run until Sunday, when the Finals will be held.