The Epicentre of Scotch II

Not for nothing is scotch hailed as the gentleman’s drink, or indeed compared to the making of a gentleman. Even if free of any defect, the birth of the baby (new-make spirit) guarantees no excellence, which has to be attained through years if not decades of education (barrel maturation). Whisky is much less affected by terroirs and vintages than is wine, but its focus on barrel maturation is like no other, perhaps rivalled only by brandy, which arguably requires less maturation than does whisky.

Scotch distilleries make use of a kaleidoscopic range of barrels, be it ex-bourbon (the standard) or ex-sherry (the main niche), or indeed barrels wherein armagnac, beer, cognac, madeira, marsala, port, rum or various types of wine have been matured. By some accounts, a common 600l barrel is said to have absorbed and still contain in its wooden texture10-20l of the nectar it once held, hence the flavours it imparts on the whisky.

Whether the barrel is used to mature whisky for the first time (first-fill), second time (second-fill) or for multiple times does affect the taste of the final product; understandably, the influence of the barrel decreases as the number of fills increases. Meanwhile, how and when the barrel is used, i.e. whether at the maturing or marrying or finishing stage, is of key importance.

Barrel size is a crucial factor, as complicated as the myriads of terroirs in wine. As a rule of thumb, the smaller the barrel, the more contact with wood. More like a football pitch than tennis court, barrel sizes are not exact but within certain ranges. The names of the barrels do give indication to their sizes, but hard to understand, as most are 18th century British English and use the imperial system.

Speyside is well-known for its masterful use of ex-sherry barrels, ranging from fino and oloroso to pedro ximémez, to produce aromatic and rich, full-bodied and dark-coloured whiskies. For all its visibility, this style of whisky remains a niche in the world of scotch, as the vast of majority continues to be matured in ex-bourbon barrels.

Luminous jonquil with scintillating golden reflex, the alluringly intricate nose presents tangerine, green almond, shortbread, nougat and white smoke. With a creamy mouthfeel, the complex yet structured palate furnishes physalis, pine nuts, roasted barley, salted toffee and light peat. Medium-full bodied at 43%, the composed entry persists through a chiselled mid-palate, leading to a lingering finish. A very fine dram to be savoured during or after dinner. 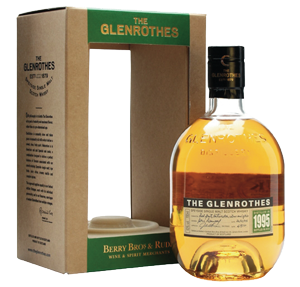