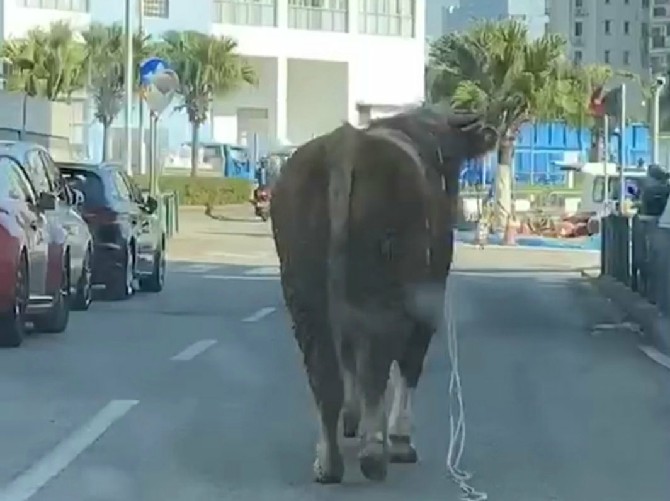 A cow that was set to be butchered escaped from the slaughterhouse yesterday morning and was seen wandering around Ilha Verde, the Municipal Affairs Bureau (IAM) said.
One of the first videos that went viral on social media was footage taken from a dash camera. In the footage, the car was moving slowly and a voice from either the driver or a passenger uttered his wonder in Cantonese. The video was taken outside the entrance of the soft drink factory in Ilha Verde.
José Tavares, President of the Executive Council of the IAM, assured the public that the cow would not be sold for consumption.
As part of the effort to retrieve the cow, workers with the IAM administered a total of five shots of anesthetic to the cow, rendering its products inedible. The agent who owned the cow expressed their willingness to gift the cow to the IAM.
As such, Tavares told the press that his bureau is now in search of an appropriate location to keep the cow. In the future, members of the public will have the chance to visit the animal.
Netizens started to exhibit their creativity right away by giving the cow names. Names proposed online include “MaCow” and “Ou Ao,” meaning “Macau cow,” also imitating the colloquial name for a cafeteria in Jordan, Hong Kong.
Some cars were allegedly damaged by the escaped cow. Tavares suggested that owners send photos depicting the damage to the IAM for further action.
Hours after the cow broke loose, the IAM explained in a statement that, on its way to the slaughterhouse, the cow struggled, and managed to escape and cross the fence.
In order to retrieve the cow, workers at the slaughterhouse acted very carefully in order not to scare it. According to the IAM, the cow was attracted to a vacant plot of land.
Apart from workers from the slaughterhouse and the Fire Service, workers from the Public Security Police Force and the veterinary department of the IAM were also deployed. AL 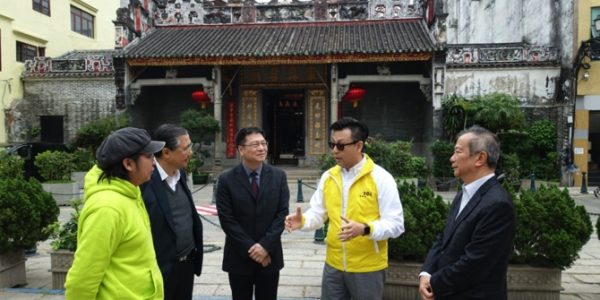