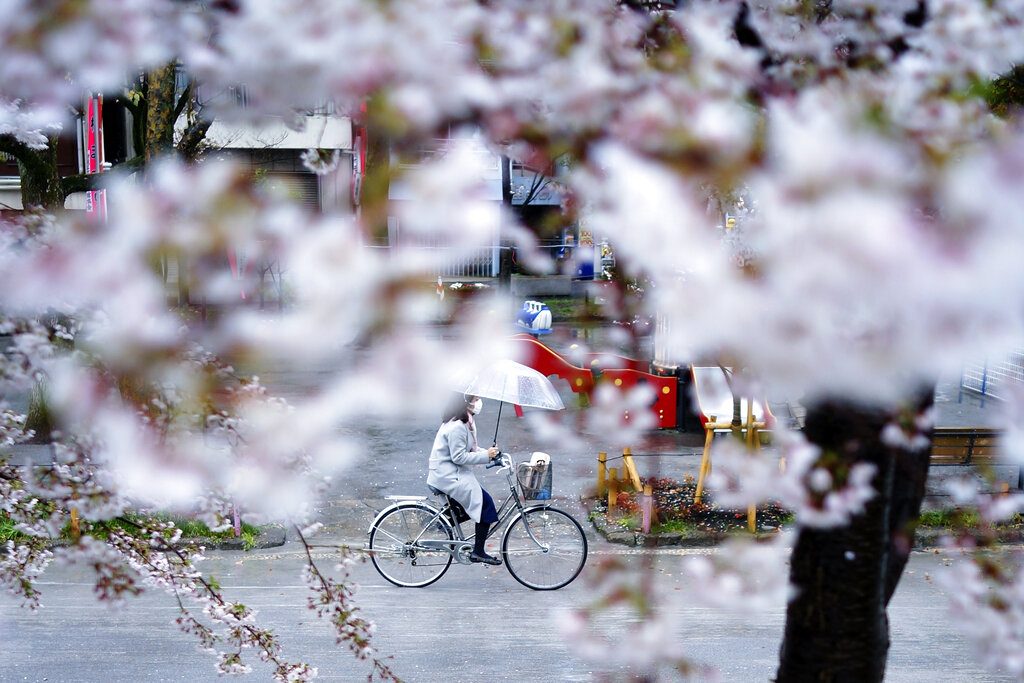 A woman wearing a protective face mask to help stop the spread of the coronavirus rides a bicycle past blooming cherry blossom trees Wednesday in Tokyo. The new coronavirus causes mild or moderate symptoms for most people, but for some, especially older adults and people with existing health problems, it can cause more severe illness or death. (AP Photo/Eugene Hoshiko)

The Latest on the coronavirus pandemic. The new coronavirus causes mild or moderate symptoms for most people. For some, especially older adults and people with existing health problems, it can cause more severe illness or death.