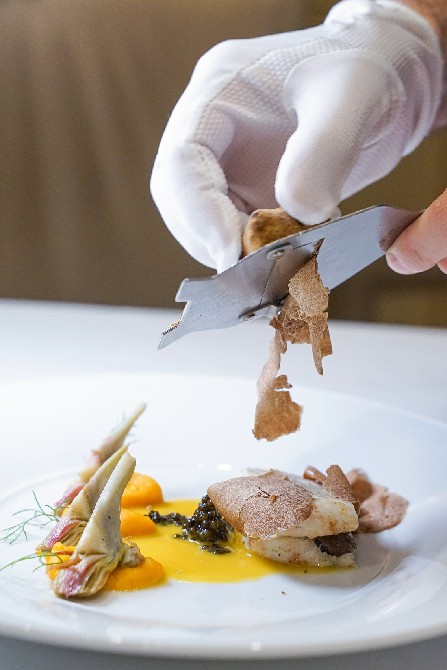 The Manor at The St. Regis Macao presents ‘Diamonds of the Kitchen’ six-course Alba white truffle menu, the hotel announced in a press release. The Manor is also launching its latest evolution of the Stories of the Sea – The Ninth Chapter “highlighting exotic seafood from oceans worldwide at the same time.”
Known as the ‘diamond of the kitchen’, “white truffle is a precious ingredient with limited production around the world. The intensely-flavored white truffle needs to be espoused with delicate ingredients to bring out the best of its flavors,” reads the note.
Executive Sous Chef Michele Dell’ Aquila takes guests on an aromatic six-course truffle journey curated with seasonal ingredients from Italy. According to Dell’ Aquila, the entire menu has been created to showcase the “highly sought-after white truffles from Alba,” the picturesque town in northwestern Italy.
The ‘Diamonds of the Kitchen’ six-course dinner menu is available until December and is priced at MOP1,888+ per person or MOP2,688+ per person with wine pairing.