The Mull of Kintyre

By far the smallest amongst Scotland’s sextet of whisky regions, Campbeltown is said to be “the nearest place to nowhere, and the furthest from anywhere”. For all intents and purposes, the burgh of Campbeltown – Ceann Loch Chille Chiarain in Gaelic, meaning the Head of the loch by the kirk of St. Kieran – is the only sizeable town in the Kintyre Peninsula, which is in turn situated on the west coast of Scotland, just over 100km southwest of Glasgow as the crows fly.

Stretching from the western end of the Grampian mountain range southward to the shores of Northern Ireland, the Kintyre Peninsula is surrounded by such illustrious names in the world of whisky as – clockwise – Arran in the east, Islay in the west and Jura in the northwest. Some argue that the art of whisky-making was introduced from Ireland to Scotland through the Kintyre Peninsula, which is located merely 20km northeast of Northern Ireland.

Whereas the first written record of Campbeltown whisky can be traced back to the late 16th century, by the 17th and 18th centuries, Campbeltown has become one of the largest whisky-producing regions in the Kingdom of Great Britain. Thanks to its proximity to the market in Glasgow and accessibility to maritime shipping, Campbeltown saw its heyday in the 19th century with more than 30 distilleries, hence earning the title of “whisky capital of the world”. It might not have been the biggest by whisky production, but easily so by distillery concentration.

By the 20th century, high demand for Campbeltown whisky resulted in some producers cutting corners, and better transports led to increased competition from previously unreachable distilleries across Scotland. Coupled with Prohibition and Great Depression thither side of the pond as well as the World Wars and wartime rationing on the home front, post-war Campbeltown was but a pale shadow of its former self, with all but a few of its distilleries left.

Despite its rise and fall, Campbeltown has always been endowed with high quality water, peat and barley, producing generally full-bodied whisky ranging from smoky to peaty with maritime influence. At blind tastings, it would be difficult to differentiate Campbeltown from Highland, Island and Islay. There is but a trio of distilleries left in Campbeltown today, namely Springbank, Glengyle and Glen Scotia.

Unlike Irish distilleries, which often produce several brands on the same premises, Scotland tends to follow the “one distillery, one brand” model. One of the few exceptions, Springbank produces three brands: the namesake two-and-half-times distilled and moderately peated Springbank; the double-distilled and heavily peated Longrow; and the triple-distilled and unpeated Hazelburn.

Founded in 1828 by Archibald and Hugh Mitchell, whose father may have been running an illegal distillery for years, Springbank has been owned by the same family and remained independent ever since. It is one of the few distilleries in the world to take care of every single step along the way in the production process, from malting all the way to bottling. Non-chill filtered and without any added colouring such as the hated E150, Springbank whiskies are of stellar quality across the board. 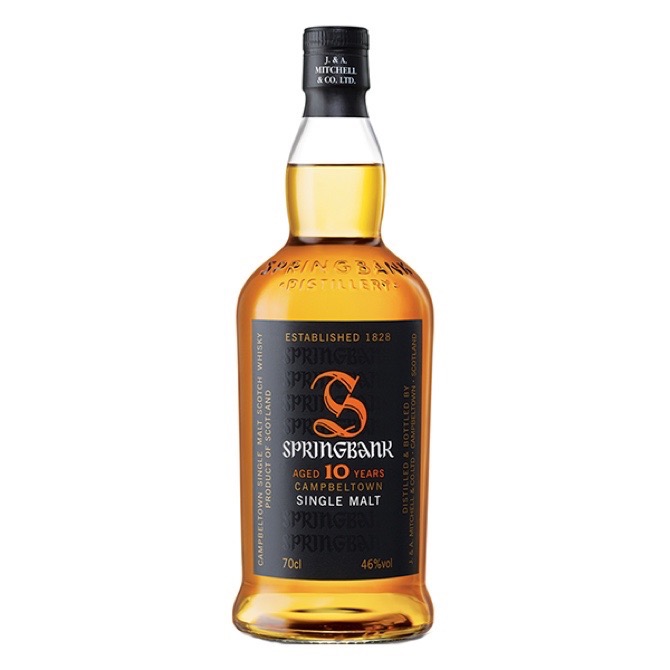