The people in favor of visitor tax 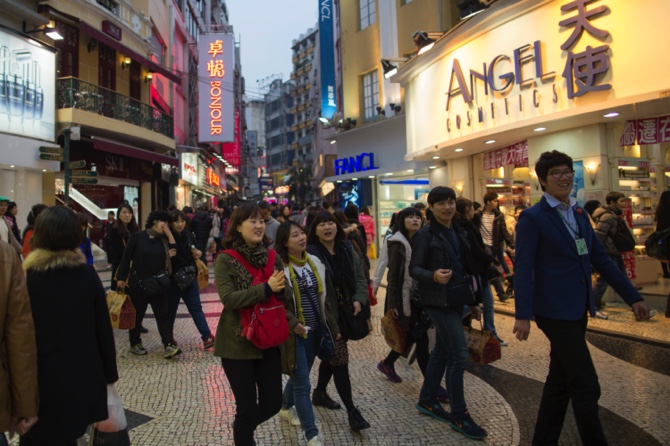 The people of Macau are overwhelmingly in favor of a tax on tourists, a feasibility study conducted by the Macau Government Tourism Office has revealed.

The study showed that 95% of local residents asked about the feasibility of the proposal said they support the imposition of a visitor tax, whereas just 5% opposed the measure.

The ratio of supporters and opponents was reversed for industry operators, where just one in five supported the measure.

The view among tourists was equally conclusive, with about three-quarters of those surveyed admitting the tax would affect their willingness to visit the SAR. About half of the respondents said their intention to visit Macau would be affected by the tax, while a further 25% said it would “depend on the actual situation,” according to the MGTO.

The finding follows earlier reports from tourism officials who had suggested that the wide range of views in the study had been inconclusive. The MGTO had said last year that “preliminary results show that there are different opinions among residents, tourism operators and visitors, meaning that opinions are not one-sided.”

Macau received 39.4 million tourists last year, falling just short of the milestone 40-million figure deemed to be the “maximum carrying capacity”. The rapid rise in the number of visitors has become a source of concern for the Macau public, especially as gaming receipts and other tourism spending are growing at a much slower pace or not at all.

The situation prompted discussion over whether a tourism tax could prevent overcrowding on the city’s streets.

MGTO collected approximately 14,900 questionnaires in the study. In a statement yesterday, the government body said the results would serve to inform policy formulation.

However, the office warned that the imposition of a tax could affect a range of factors in the SAR including the health of the city’s economy and its “destination image.” It also said that the tax would prove an administrative challenge to collect.

Moreover, the MGTO said that case studies included in the feasibility study had suggested the tax might only lead to a slight slowdown in the growth of visitors in the short-
term. In so saying, the tourism authority implied that the tax might not serve to achieve its purpose of moderating the number of visitors to Macau.

MGTO director Helena de Senna Fernandes has previously hinted that the purpose of the tourist tax, if levied, would not be to reduce the number of visitors. Instead it would be used as a fund for urban development matters. The tourism chief has also said on several occasions that she opposes the introduction of a visitor tax.

The report has been submitted to other departments in the government for further analysis.