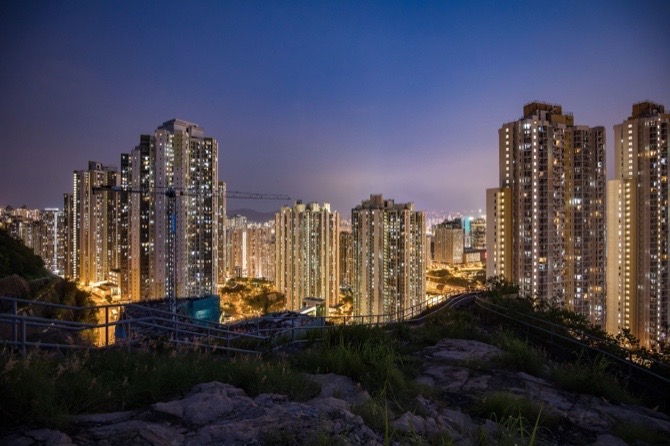 Record high home prices in Hong Kong have prompted some economists to forecast a bursting of the bubble.

Residential property values in the city reached an all-time high last week after relentless gains over the past three months. Prices have risen by 8.6% since the beginning of the year, Centaline data show.

However with Hong Kong exposed to the trade war between China and the U.S. and the city’s stock market taking a hit, analysts say the likelihood of home prices declining is even greater now. The recent equities sell-off has been so widespread that about a third of Hang Seng Index constituents entered oversold territory last Friday – a technical indicator that traders use to evaluate whether buying or selling of a security has become too extreme – the most in almost one year.

“Sentiment is likely to turn more cautious over the next several months or probably for an even longer period,” said Tommy Wu at Oxford Economics Ltd. in Hong Kong. “If the stock market continues to come under pressure, especially if there’s no sign of U.S.-China trade tensions getting any major relief,” then home prices will fall, he said.

The value of property transactions in Hong Kong in the first five months of the year reached the highest level since 1997, with buyers spending HKD348.2 billion (USD44.4 billion) on everything from homes to car parks, shops and office units, according to Ricacorp Properties Ltd.

But the realtor believes an escalation in the trade war and a stock market correction could put the brakes on buying, resulting in up to 40% fewer deals this month versus May.

That negative sentiment is being expressed in other quarters, too. Knight Frank LLP said last week that trade tensions and stock market volatility will keep a lid on home prices and values could even dip 5% in the second half. Even noted economist and Harvard professor Carmen Reinhart thinks the city’s property market is showing signs of a bubble.

“There is some more room for prices to go up given that demand remains strong and mortgage rates are still low,” said Ines Lam, an economist at CLSA Ltd. “However I think the increase in 2019 will be capped by a slowing economy, and employment, and the intensification of the U.S.-China trade war.”

“The Hong Kong government can, but doesn’t want to, solve the issue,” she said. “In any event, no worries, the market will do it for them since prices are bound to fall as the economy decelerates and China tightens the screws on outflows.” Shawna Kwan & Enda Curran, Bloomberg