This Day in History | 1957 – Arthur Miller guilty of contempt 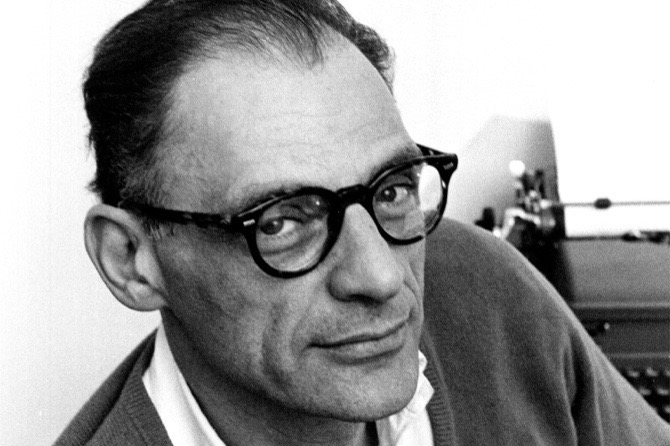 US playwright Arthur Miller has been convicted of contempt of Congress.

The conviction relates to an investigation last year by the House of Representatives’ Un-American Activities Committee (HUAC) into a Communist conspiracy to misuse American passports.

During the investigation 41-year-old Mr Miller, who is married to Hollywood movie star Marilyn Monroe, refused to reveal the names of alleged Communist writers with whom he had attended five or six meetings in New York in 1947.

He was said to be co-operative in all other aspects of the hearing but told the committee his conscience would not permit him to give the names of others and bring possible trouble to them.

The guilty verdict was announced in a 15-page “opinion” today by Federal Judge McLaughlin who presided over a six-day trial, which ended last week.

During the trial Mr Miller’s counsel, Joseph Rauh, had claimed that the questions his client had refused to answer had no reasonable connection with a passports inquiry.

He argued that the committee had simply wanted to expose the playwright and that “exposure for exposure’s sake” was illegal.

But Judge McLaughlin found that HUAC did have a valid legislative purpose in looking into the passport regulations and that Mr Miller had indeed experienced his own difficulties in obtaining a passport from the State Department.

The trial was told by the government that Mr Miller had joined the Communist party in 1943 but this was denied by the defendant who said that to the best of his belief he had never been a party member.

He did, however say that “there were two short periods – one in 1940 and one in 1947 – when I was sufficiently close to Communist Party activities so that someone might honestly have thought that I had become a member”.

Mr Miller was not in court when the guilty verdict was announced. The maximum punishment for contempt of Congress is one year in jail, a fine of £357 or both.

No date was fixed for sentencing but it is understood the case will automatically go to appeal.

After the trial Mr Miller, who will remain on bail pending the next legal step, said through a spokesman: “I have no comment to make, nor has my wife.”

The case is now bound to call into question the whole system of Congressional inquiries and their impingement on individual rights.

The House Un-American Activities Committee (HUAC) was set up in 1938 to investigate fascists as well as communists within federal government.

In 1947 it turned its attention to the arts. A group of writers, directors and actors known as the Hollywood Ten were subsequently convicted of contempt of Congress for refusing to answer questions about their political beliefs

They were blacklisted by Hollywood and over the course of the next 10 years some 320 people were barred from work in the film studios over their alleged membership of the Communist party.

A few weeks after the Miller case, John Watkins won an appeal in the Supreme Court quashing a similar conviction.

On 7 August 1958, after a two-year legal battle to clear his name, Washington’s Court of Appeals quashed Miller’s conviction for contempt of Congress.

As more convictions of contempt were quashed by the courts of appeal, the committee’s influence declined and it was abolished in 1975.