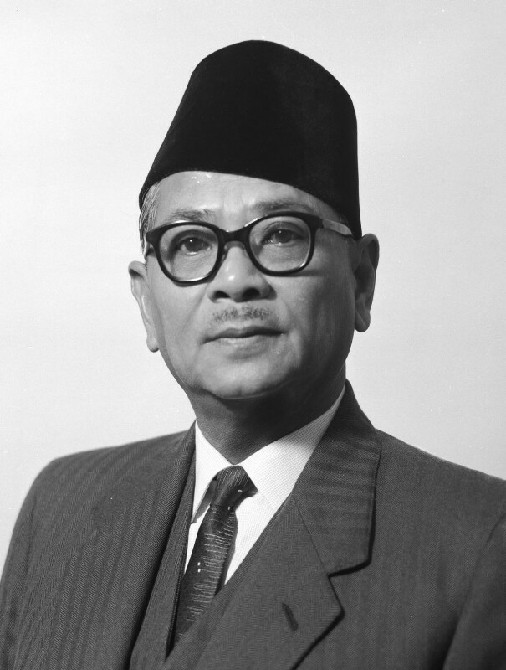 Tunku Abdul Rahman has been elected for a five-year term as head of state of Malaya.
He was chosen by his fellow Malay rulers in the capital, Kuala Lumpur, yesterday and will lead his country to independence at the end of this month.
The Tunku, or Prince, is of royal birth – the brother of the Sultan of Kedah – but is considered a man of the people.
He was educated at two British schools and graduated from Cambridge in 1925. Soon after World War II he went back to Britain to study law.
On his return to Malaya in 1949 he found a country eager for independence but also struggling with communist extremism.
Keen to encourage tolerance between ethnic Malays, Chinese and Indians in the region, he founded the Alliance Party in 1952 which brought together the three races. The party won the 1955 general election with an overwhelming majority.
The Tunku became Chief Minister and ended the state of emergency – introduced after a wave of attacks carried out by mainly Chinese communists on mine-owners, planters and officials – and granted an amnesty to communist terrorists.
Last year, he led the negotiations with the British for an agreement that prepares the way for the creation of an independent Malaya within the Commonwealth.
Transfer of power from British rule will take place on 31 August.
Tomorrow, copies of the new treaty between the Queen and the nine Malay rulers will be signed at the residence of the High Commissioner Sir Donald MacGillivray.

Following Malaya’s independence, Abdul Rahman introduced reforms that spread power among the sultans and rajas who had ruled over fiefdoms on the Malay peninsula for hundreds of years.
But non-Malays were disappointed that political power remained largely in Malay hands.
In 1963 Malaya joined with Sabah, Sarawak and Singapore under a new name, the Federation of Malaysia. Rivalry between the Tunku and Lee Kuan Yew, Prime Minister of Singapore, saw Singapore leave the federation in 1965.
Since Singapore was almost totally inhabited by the Chinese, its departure tipped the balance back in favour of Malays and increased tension between the two communities.
In 1969 there were riots in Kuala Lumpur and 2,000 mainly Chinese protestors were killed.
A state of emergency was declared and a year later Abdul Rahman retired from office.
In the late 1980s he re-emerged into public life to criticise the authoritarian leadership of Mahatir bin Muhammad.