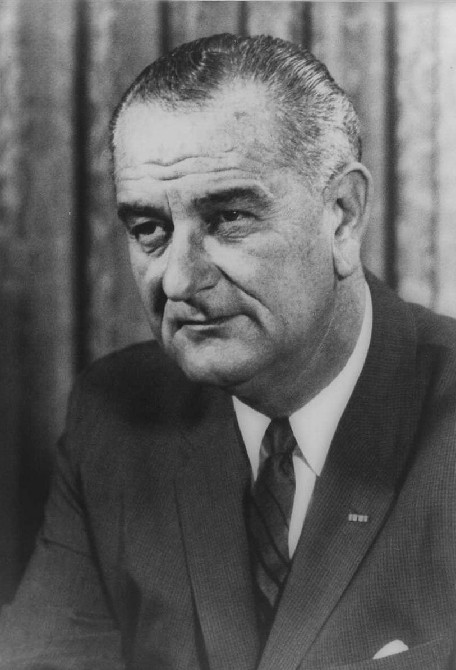 The Civil Rights Bill – one of the most important piece of legislation in American history – has become law.
US President Lyndon B Johnson signed the bill creating equal rights in voting, education, public accommodations, union membership and in federally assisted programmes – regardless of race, colour, religion or national origin.
The bill has caused much controversy since it was introduced last year by President John F Kennedy.
It was signed tonight in the White House five hours after the House of Representatives passed it by 289 to 126 votes.
After the signing, President Johnson shook hands with civil rights leader Dr Martin Luther King.
In a television address to the nation he called on US citizens to “eliminate the last vestiges of injustice in America”.
“Let us close the springs of racial poison,” he said.
Parts of the bill take immediate effect, including the “public accommodations” element which means black people can no longer be excluded from restaurants, hotels, bars, cinemas, sports stadia and other public facilities.
Sections on voting rights and desegregation of schools are also enforceable from now and give the Attorney General more power to intervene where necessary.
The section on equal opportunity in employment will not begin to operate for another year and will not be fully effective for five years.
During the debate on the bill, segregationist politicians from America’s deep south expressed their disappointment and anger.
Congressman Howard Smith of Virginia called it a “monstrous oppression of the people”.
Civil rights activists have welcomed the new law. Roy Wilkins, secretary of the National Association for the Advancement of Coloured People described it as “the Magna Carta of human rights”.
He applauded the appointment of former governor of Florida Leroy Collins as director of the new Community Relations Service, set up to deal with issues arising from the desegregation of public facilities and institutions.
The Civil Rights Commission has announced a campaign to implement the law.
And Dr King said he would be seeking commitments from businesses and community leaders all over the south to respect the new law under a campaign called Operation Dialogue.

Extra civil rights measures were introduced in the following years.
The Voting Rights Act of 1965 aimed at removing the rights of states to introduce restrictions to stop certain people voting.
The 1968 Civil Rights Act outlaws discrimination in the sale or rental of housing.
Many states acted quickly to circumvent the law which led to a great feeling of injustice and resentment in the inner cities and the rest of the decade was marred by race riots and assassinations.
Black leader Malcolm X was shot in 1965 and Martin Luther King was killed in 1968.
The black ghetto riots between 1964 and 1968 marked the most prolonged period of unrest in the United States since the American Civil War. They were finally suppressed when tens of thousands of National Guardsmen were sent in to quell them.
Black people continued to remain at a disadvantage when looking for work, and programmes of “affirmative action” were introduced during the 1970s under President Nixon.
The Civil Rights Act of 1991 encouraged positive discrimation and allowed lawsuits against employers if their hiring had a “disparate impact” on women or minorities, even if there was no proof of discriminatory intent.