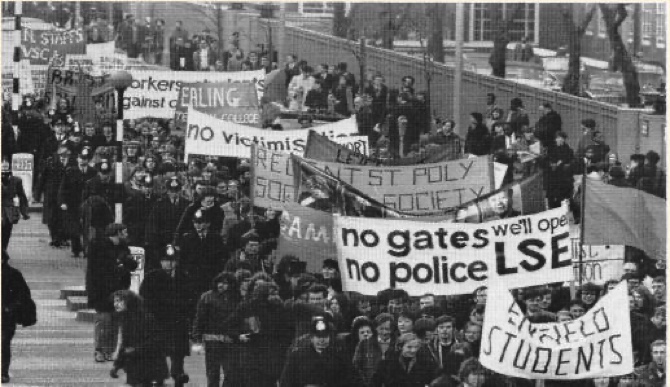 The London School of Economics has been closed following violent protests by students angry at the installation of steel security gates.

Police were called in to try to break up the demonstrators who broke through seven sets of steel protective gates put up last week at the university in the Aldwych, central London.

The gates had been attacked with crowbars, pickaxes and sledgehammers.

A crowd of student protesters followed, marching in a column, nine abreast, calling for the release of their colleagues.

The installation of the gates was regarded as highly provocative by the students – and some members of the academic staff.

They resemble the iron grilles fitted outside jewellers’ shops and students claim they made the school look like a concentration camp.

LSE director Dr Walter Adams, whose appointment two years ago sparked off a series of student sit-ins, said the gates were put up to allow certain parts of the building to be closed off during protests – and allow others, such as the union premises, to remain open.

Students and staff held a meeting during the day to discuss the removal of the gates – but the student union president, Francis Keohane, lost a motion that removal should be by negotiation.

Within half an hour the gates were down. The union president, and treasurer Roger Mountford, announced their resignations saying they could not defend the law-breaking action.

The damage to the security gates is the latest in a long line of confrontations with the authorities which began in 1966 when students protested at the appointment of Dr Adams, then principal of the University College of Rhodesia.

The students claimed Dr Adams had not shown sufficient resistance to the regime of Ian Smith.

The London School of Economics remained closed for more than three weeks. It brought legal action against 13 people, including three staff, said to be ringleaders.

The “troublemakers” were banned from the college for a month and only allowed to return on condition they did not interfere with the management or damage the premises.

Two of the three staff were subsequently sacked. A number of the students faced further disciplinary action for disrupting lectures.

Student unrest in the late 1960s was widespread not just in the UK but also in North America and some European countries. 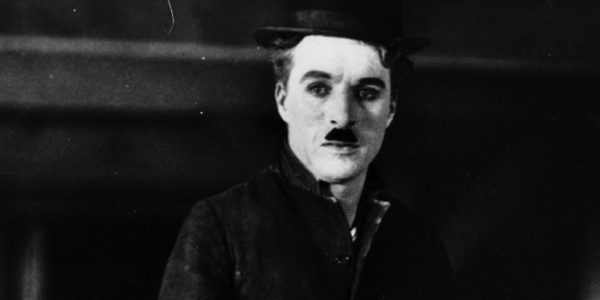 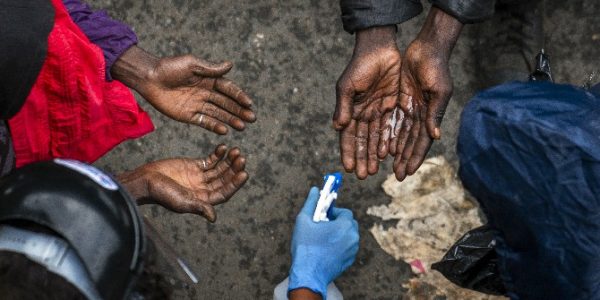 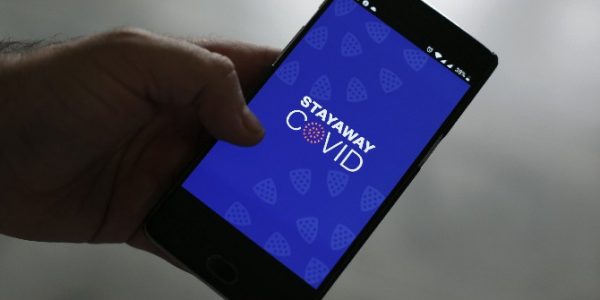