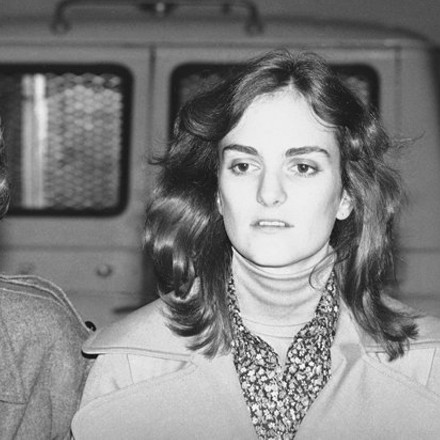 The daughter of the millionaire American publisher, Randolph Hearst, has been kidnapped.
Patty Hearst, aged 19, was with her fiancé, Steven Weed, in her flat in Berkeley, California, at 2100 local time yesterday (0500 GMT) when there was a knock on the door.
When Miss Hearst answered it, two men and a woman burst in to the room.
In a violent exchange, Mr Weed was forced to lie on the floor, and then hit on the head repeatedly with a wine bottle and tied up.
A neighbour who heard the commotion and tried to help was also tied up and beaten.
The kidnappers carried Miss Hearst off, kicking and screaming, and put her in the boot of a white car.
Another car was also used, and as they sped off down the street they fired several shots at people in the street, although nobody was injured.
Police said no ransom demand had yet been made, although this is thought the most likely motive for the kidnapping.
Miss Hearst is an heiress to the multi-million dollar Hearst publishing empire, founded by her grandfather, William Randolph Hearst.
Mr Hearst senior was a flamboyant newspaper proprietor whose career inspired Orson Welles in making his film, Citizen Kane.
He built the spectacular and whimsical castle on the 127-acre family estate in San Simeon, California, from the proceeds of his empire, which includes popular magazines such as Cosmopolitan, Good Housekeeping and Harper’s Bazaar.
The company also publishes newspapers in a number of major American cities, including the San Francisco Examiner. Its president is Patty Hearst’s father, Randolph Hearst.
Mr Hearst was in Washington when the kidnap took place, but left immediately for California on hearing the news.

The kidnap was carried out by a little-known revolutionary group, the Symbionese Liberation Army (SLA). Over the following weeks, they apparently brainwashed Patty Hearst into accepting their ideas, until in April 1974 she was caught on closed circuit television helping them to rob a bank.
She went on the run, but was caught by the FBI. After a sensational trial, she was sentenced to seven years’ imprisonment, but was released, in 1979, after three years. She was pardoned in January 2001 by President Clinton.
Hearst married her police bodyguard, Bernard Shaw, shortly after her release, and now lives in Connecticut with two daughters.
The SLA is thought to have only ever had about 12 members. Six, including the group’s leader, Donald DeFreeze, were killed in a police shootout later in 1974.
The remaining five members lived quietly under assumed names for over 20 years, until the FBI tracked them down. The last SLA fugitive, James Kilgore, was arrested in Cape Town in South Africa in 2002. All are now in jail.