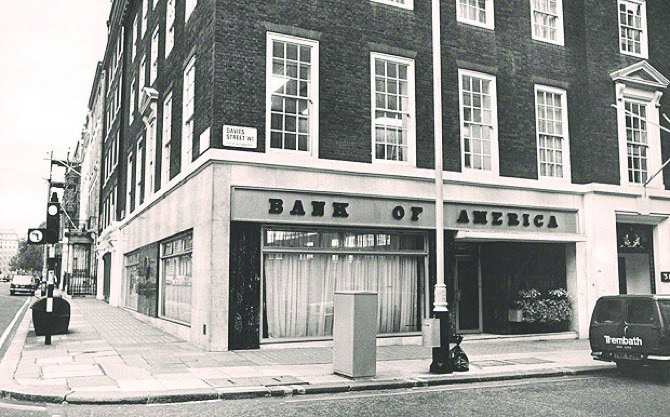 Seven men who took part in an £8m bank robbery have received jail terms totalling nearly 100 years. The raid at the Bank of America in Mayfair, London, last year is believed to be the world’s biggest. Passing sentence, Judge Alan King-Hamilton said he was determined the thieves would not enjoy the fruits of their haul, only £500,000 of which has been recovered. “What has been concealed will remain salted away so far as you are concerned for a great many years. “Whatever has happened to it, it will not be used for your benefit,” Judge King-Hamilton said. Key evidence in the trial came from Stuart Buckley, the “inside man” who turned police informant. Buckley, who worked at the bank as an electrician, told officers the raid was the gang’s second attempt. They had previously tried unsuccessfully to drill through the bank vault’s lock. Buckley finally obtained the combination by hiding in the roof space above the vault door and peering through a hole in the ceiling as officials opened it. Judge King-Hamilton passed the longest sentences on those considered to be the ringleaders. Safe-cracker Leonard Wilde was sent to jail for 23 years and Peter Colson, 32, a used car dealer, for 21 years. The judge also ordered criminal bankruptcy orders for £500,000 against both men. Others in the gang were sentenced to periods ran-ging from 18 years for robbery to three years for re-ceiving stolen goods. However, the man said to have masterminded the crime appears to have escaped justice. Frank Maple left Britain shortly after the robbery and is now believed to be in the African state of Mo-rocco which has no extradition treaty with the UK.

Stuart Buckley, who was sentenced separately, received seven years for his part in the raid.
The Bank of America theft was small compared to a robbery in January the same year at the British Bank of the Middle East in Lebanon.
The thieves escaped with safe deposit boxes whose contents were valued at up to £22m (USD31m).