This Day in History | 1980 – Britain will go to Moscow Olympics 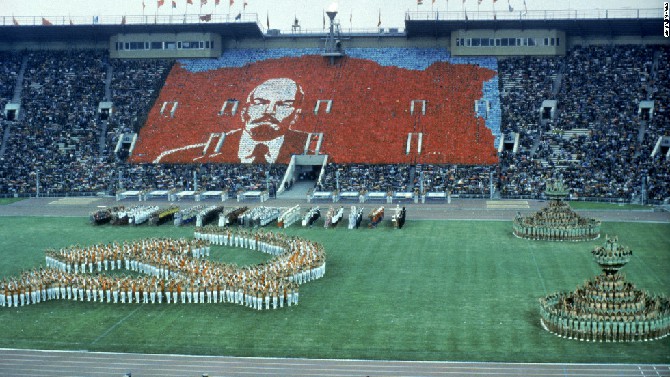 The British Olympic Association (BOA) has voted by a large majority to defy the government and send athletes to the Olympic Games in Moscow.
Fifteen sports voted to accept the invitation to participate in the Olympics in July.
Only hockey opposed travelling to Moscow, while fencing, equestrian, swimming and yachting deferred the decision.
The decision is a blow to the government which issued a statement claiming Downing Street “seriously regrets” the BOA decision.
Earlier this week the government placed pressure on the BOA not to attend the games after the Soviet Union’s invasion of Afghanistan last year.
Sir Denis Follows, the chairman, said the “rather heavy letter” received from Mrs Thatcher after a commons debate had been placed before the committee ahead of the meeting.
He added while he was sympathetic to the government’s stance “we believe sport should be a bridge, and not a destroyer”.
Earlier this week Michael Heseltine, secretary of state for the environment, outlined the government’s hope of taking sporting sanctions against the Soviet Union in a parliamentary written answer in the House of Commons.
Mr Heseltine stressed there would be no government funding or attendance in support of the BOA’s presence in the games in Moscow.
Monique Berlioux, the director of the international Olympic Committee, said earlier this week the IOC might provide funds for teams attending the games against their government’s wishes.
It came as National Olympic committees from the United States and 15 Western European countries who met in Brussels earlier this week rejected calls for a boycott of the Moscow Olympics.

Many countries joined the US-led boycott of the summer games of the 22nd Olympics in 1980 because of the Soviet invasion of Afghanistan in December 1979.
Almost 6,000 competitors from 81 countries arrived to compete in 22 sports compared to the 10,000 athletes expected.
The Soviet Union took home 197 medals, Britain took home 21.
The International Olympics Committee condemned the boycott and said athletics should not be concerned with politics although sport had long been a tool in international affairs.
At the time South Africa was banned from participating because of its policy of discriminating against blacks.