This day in history | 1986 Nuclear technician missing after secrets leak 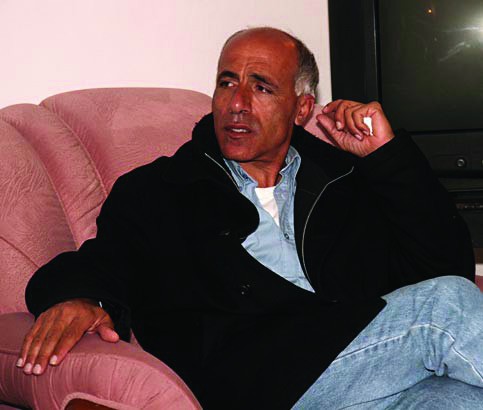 Fears are growing for the missing nuclear technician who disappeared in London after revealing details of Israel’s nuclear weapons programme.
The American magazine, Newsweek, claimed earlier this week that Mordechai Vanunu had been abducted from a yacht in the Mediterranean by agents of the Israeli intelligence service, Mossad.
But these reports have been rejected by a close friend of Mr Vanunu. The Rev John McKnight, who is an Australian priest, says he believes the nuclear technician was kidnapped in London and is now being held for trial in Israel for treason.
So far Israeli officials have refused to confirm reports Mr Vanunu is being held on remand at Gadera military prison near Jerusalem, a jail normally used to house Palestinian rebels.
Scotland Yard confirmed Mr Vanunu left a London hotel on 30 September in unexplained circumstances.
On 5 October an article appeared in The Sunday Times newspaper based on an interview with Mr Vanunu in which he gave details of Israel’s nuclear weapons stockpile, with photographs of the research plant at Dimona in the Negev desert.
Mr Vanunu, who was born in Morocco, moved to Israel with his family in 1963 and spent almost 10 years working at the Dimona plant.
He came to the attention of the Israeli authorities for his affiliation to a group called Movement for the Advancement of Peace and his alleged sympathies for the Palestinians.
He was sacked from Dimona and set off round the world, arriving in Sydney, Australia, where he was befriended by Rev McKnight and converted to Christianity.
Mr McKnight said his friend had spoken to him of his fears he would be captured and returned to Israel after his newspaper interview.
He said: “My sources in the media in Israel tell me that he is being held probably for trial for treason for disclosing nuclear arms’ secrets.”
Mr McKnight also rejected suggestions Mr Vanunu was a Palestinian sympathiser, saying: “He was at the crossroads of his life and started becoming involved with peace groups and was concerned about nuclear weapons and Israeli policies.
“He did what he did for his own reasons, because he felt he had to give details about Israel’s nuclear arsenal.”
The vicar said he would remain in Britain until he had discovered the whereabouts of his friend.

It was later confirmed Mordechai Vanunu had been befriended in London by an American Mossad agent, Cheryl Bentov, who was masquerading as an American tourist.
She lured him to Rome with her on holiday on 30 September. Once there he was kidnapped and drugged and returned to Israel on a freighter.
The details were revealed by Mr Vanunu himself, who wrote them on the palm of his hand which he held up against the window of a van while being transported from prison so waiting journalists could get the information.
The Sunday Times article based on an interview with Mr Vanunu contained the most substantive evidence at the time of Israel’s nuclear weapons programme. It led the international community to revise sharply upwards the number of weapons it believed Israel held in its stockpile.
Mr Vanunu was subsequently put on trial in March 1987 on charges of treason and espionage and sentenced to 18 years in prison. Eleven of those were spent in solitary confinement.
He was freed on 21 April 2004 and has since been refused permission to leave Israel.