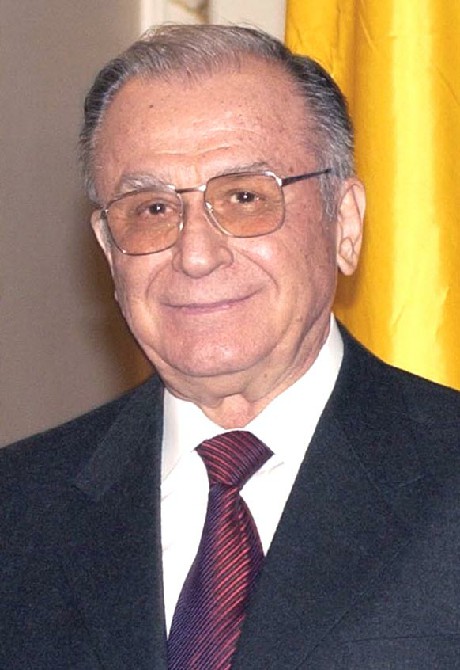 Tens of thousands of pro-democracy demonstrators have taken to the streets of the Romanian capital, Bucharest to protest against the interim government of Ion Iliescu.
It was the biggest demonstration in the capital, since the revolution just over a month ago which led to the fall and execution of the former communist dictator Nicolae Ceausescu.
The protesters converged on Victory Square, where Mr Iliescu’s National Salvation Front party has its headquarters.
They called for the resignation of Mr Iliescu and the removal of all former communists from the party.
The demonstrators claim the interim president is denying opposition parties the chance to stand on equal terms with the ruling party in the free elections planned for May.
Mr Iliescu himself appeared on a balcony overlooking the square and promised to carry on talking with the opposition parties.
Ion Ratiu, leader of the opposition National Peasants’ Party, told the BBC: “We are at long last emerging from a dictatorship that’s lasted virtually 45 years and we had hoped we could advance toward democracy and this is precisely why the young people shed their blood.
“Yet these demonstrations today make it look to me as if there is going to be a new attempt at taking over power from the people.”
He is holding more talks with Mr Iliesu later this week, but said the opposition’s limited access to the media meant there was little hope of a fair election.
The revolution began in mid-December with a protest in the town of Timisoara against the deportation of Hungarian priest, Laszlo Tokes, who had denounced Ceausescu in a sermon.
What began as a small protest, quickly grew into a massive anti-government riot. Many demonstrators were shot when troops were brought in to restore order.
But the demonstrations continued and Ceausescu and his wife were captured trying to flee the country, tried and executed on Christmas day.

Ion Iliescu remained in power until 1996.
But rather than pushing through democratic reforms as he had promised, he blocked moves to prosecute those behind the shootings in the December revolution.
There has been much speculation since the overthrow of Ceausescu that it was not so much a revolution as a coup, plotted by Iliescu and his supporters
It was Iliescu who ordered Ceausescu’s trial and subsequent execution.
He was finally ousted from power by a centre-right government in 1996 – but three governments later and prolonged political feuding led to the re-emergence of Iliescu’s opposition party.
He was returned to power in 2000 at the head of the party of Social Democracy, promising faster reforms to get Romania into the European Union.