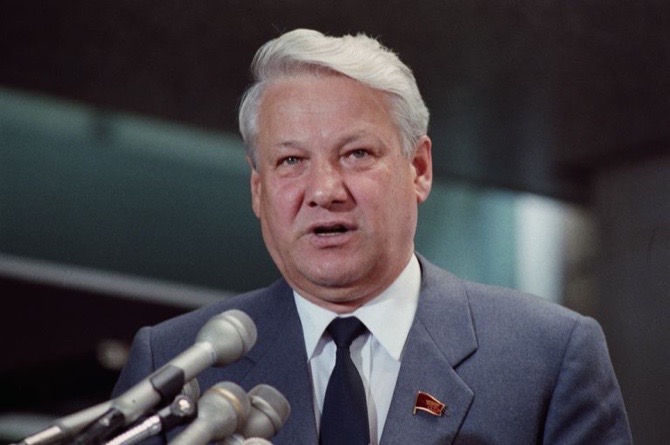 A meeting between two international statesmen in Ireland had to be cancelled – because one of them overslept.

Russian President Boris Yeltsin had agreed to break a flight from the United States to Moscow in County Limerick for a reception with the Irish prime minister.

But instead there was a minor diplomatic incident when the Russian leader failed to appear.

Taoiseach Albert Reynolds, Ireland’s leader, had to be content with meeting the Deputy Prime Minister Oleg Soskovets, who reported the president was asleep.

The taoiseach, his wife, two ministers, a group of Irish MPs, an Irish guard of honour, a military band and a delegation from the Russian embassy were all waiting on the tarmac to greet Mr Yeltsin.

They stood while his plane inexplicably circled Shannon airport for an hour, and for another 15 minutes after it landed, before they were told the president was too tired, and then too ill, to see them.

Mr Reynolds – who had to cancel a lavish reception at the nearby Dromoland Castle – denied he had been snubbed.

“I completely understand – Mr Yeltsin was acting on the orders of doctors who said it would be better for him not to get off the plane.

But Mr Reynolds was said to be frustrated that the Russian president could not attend a news conference about the peace process.

And it was rumoured the vodka-loving leader had over-indulged his taste for the drink on the journey from Washington.

He finally appeared in Moscow to set the record straight.

“I feel excellent – I can tell you honestly, I just overslept.

“The security services did not let in the people who were due to wake me – of course I will sort things out and punish them,” he said.

Boris Yeltsin could be an unpredictable president.

Before the “Shannon Sleepover” he had twice jumped on stage during receptions to entertain the assembled dignitaries – much to the embarrassment of his officials.

The Russian president was also prone to making statements immediately denied by his press secretary.

In Sweden in 1997 he announced Russia was cutting its nuclear arsenal by a third and at the height of the Kosovo crisis he threatened to “send a missile” to the US.

Mr Yeltsin’s health seriously declined after suffering a heart attack in 1996 and he resigned in 1999.