This Day in History | 1995 Balkan leaders agree to peace 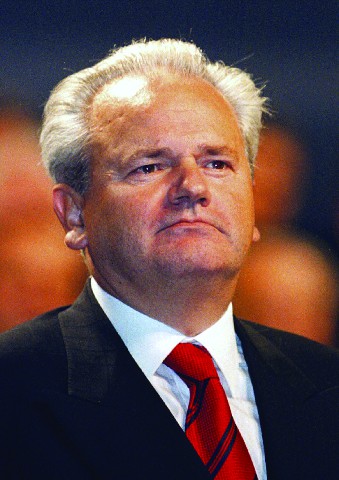 A peace settlement for war-torn Bosnia-Herzegovina has been brokered in the United States.
US President Bill Clinton announced the deal after 21 days of seemingly deadlocked negotiation at the Wright Patterson Air Force Base in Dayton, Ohio.
The plan, known as the Dayton Accord, has been agreed between the Bosnian, Serb and Croat leaders and will be enforced by 60,000 Nato troops, who will begin to arrive in the country during the next few days.
If a success, the settlement could end the most brutal conflict in Europe since the Second World War, which has resulted in the deaths of 200,000 people – mostly civilians – and left two million homeless.
Under the agreement Bosnia will remain a single state, but most power will be devolved to two new territories – a Muslim-Croat federation and a Bosnian-Serb republic.
A central authority controlling foreign, trade and monetary policy will operate from a united capital in Sarajevo.
President Clinton said the deal would allow the Bosnian people to move from the horror of war to the promise of peace.
And US Secretary of State Warren Christopher praised the accord – which is scheduled to be officially signed in December – as a “victory for all of us”.
But splits have begun to appear in the fragile treaty almost as soon as it had been initialled by the leaders.
Serb delegation member Momcilo Krajisnik called it a big mistake.
“Our delegation did not accept this plan, nor did sign it, nor will it sign the maps or the plan itself,” he said.
But Bosnian President Alija Izetbegovic said the deal was a good beginning.
“To my people I say – this may not be a just peace, but it is more just than the continuation of war,” he said.

The Dayton Accord was signed by the presidents of Croatia, Serbia and Bosnia on 14 December 1995.
The agreement managed to impose a lasting – if uneasy – peace in the region. Real stability was only achieved when the political landscape changed and the war leaders went.
Franjo Tudjman died in 1999, Alija Izetbegovic stepped down in 2001 and Slobodan Milosevic was put on trial at The Hague a year later for war crimes. He died in his cell in March 2006.
The new, more moderate, governments met at a summit in July 2002 – the first time the countries’ leaders had sat round the same table since the accord was signed.