This Day in History | 1995 Diana admits adultery in TV interview 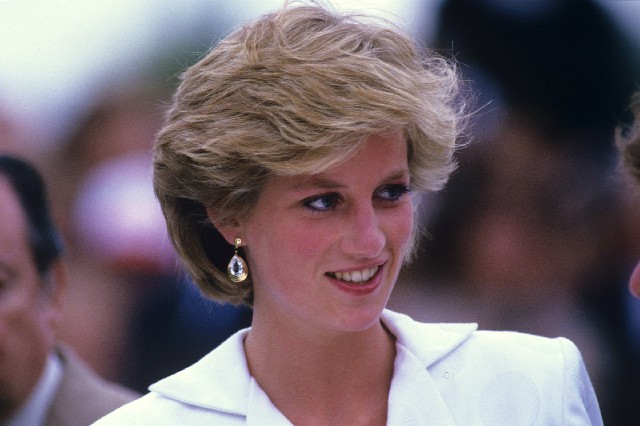 Diana, Princess of Wales, has spoken openly for the first time about her separation from the Prince of Wales in a frank interview for the BBC’s Panorama programme.
During her hour-long conversation with BBC reporter Martin Bashir, she admitted to an adulterous affair with her riding instructor, James Hewitt.
She also described her hurt at her husband’s relationship with long-term friend Camilla Parker-Bowles, but said she did not want to divorce.
The Princess spoke freely about her depression and bulimia, her children, the media and the future of the monarchy.
When Mr Bashir asked her about her relationship with Mr Hewitt, who had claimed to have had an affair with her, she admitted her relationship did go beyond a close friendship.
“Were you unfaithful?” asked Mr Bashir.
“Yes,” answered the Princess. “I was in love with him. But I was very let down.”
In June last year, Prince Charles admitted he had also had an affair with Mrs Parker-Bowles in a similarly frank interview with the BBC’s Jonathan Dimbleby.
The Princess spoke of her hurt over the affair, saying, “There were three of us in this marriage, so it was a bit crowded.
“Friends of my husband’s were indicating that I was unstable, sick and should be put in a home of some sort to get better so I wouldn’t be an embarrassment.”
She also said she did not think she would ever be Queen.
“I’d like to be a queen of people’s hearts, in people’s hearts, but I don’t see myself being Queen of this country,” she said. “I don’t think many people will want me to be Queen.”
The one-hour interview was watched by an estimated 15 million people, a record for the programme and one of the BBC’s highest-ever audience figures.
The Princess’s decision to go public has been highly controversial.
The BBC chairman, Marmaduke Hussey, is reported to be extremely unhappy that senior executives did not tell him about the programme in advance.
Lord Wakeham, chairman of the Press Complaints Commission, has also warned that the princess would only have herself to blame if she triggered a tabloid onslaught on her private life.
Buckingham Palace has confirmed Geoff Crawford, the Princess’s press adviser, is to step down in the wake of her decision to speak to the BBC without informing him or the Queen.

A month later, the Queen wrote to her son Charles, Prince of Wales, and to Princess Diana asking them to seek an early divorce.
Their marriage ended with the issue of a decree nisi on 28 August 1996.
As part of the divorce settlement Diana was stripped of her royal title – Her Royal Highness – and instead became known as Diana, Princess of Wales.
It is understood she was awarded a £17m lump sum and £350,000 a year to run her private office. Diana and Charles agreed to share custody of their sons.
On 31 August 1997 Diana died in a car crash with her companion Dodi Fayed in Paris.
A French investigation found the driver had drunk too much and was driving too fast, and criticised photographers chasing the car for their behaviour.
Prince Charles and Camilla Parker-Bowles were married in April 2005 in a small, private civil wedding followed by a blessing by the Archbishop of Canterbury at Windsor Castle.
The Queen did not attend the wedding, although she was there at the blessing and hosted a reception afterwards.