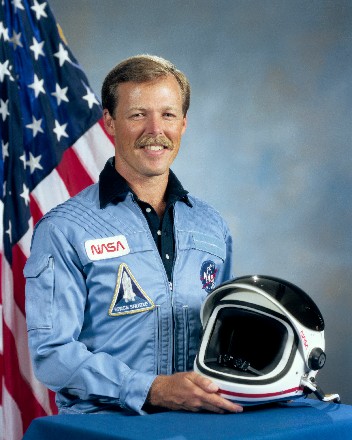 American and Russian spacecraft have successfully docked in orbit for the first time in 20 years.
The US shuttle Atlantis delivered a relief crew of two cosmonauts to the Russian Mir space station, signalling a new era of space co-operation between the two former Cold War rivals.
The operation to link the craft was led by the commander of the Atlantis, Robert Gibson. Flying over the Mediterranean at 17,500mph, he lined up the Mir in his sights and with barely a shudder the two craft touched.
“We have capture,” he said.
After the safety of the spacecraft was confirmed with the pressure between them equalised, Gibson opened the hatch separating them.
Propelling himself through to the Russian craft he stretched out his arm to shake hands with his counterpart.
The symbolic gesture was watched live from Moscow by US Vice President Al Gore, and by the head of NASA Dan Goldin at the Russian control centre.
The crew of the US shuttle moved into the Mir for group photos, before presenting the cosmonauts with gifts of chocolate, fruit and flowers. The Russians gave the Americans gifts of bread and salt, the traditional symbols of welcome.
Mr Gibson said: “After all the training and the preparation it seems hard to believe we’re actually there but indeed we are.”
The two spacecraft will remain attached for five days, giving the Mir crew time to stock up on fresh water, oxygen and nitrogen. The crews will carry out a range of scientific experiments.
A further six link-ups between the shuttle and Mir are planned, before work on the assembly of an international space station begins in orbit in two years’ time.

After 15 years in space, the Mir space station returned to Earth in March 2001.
Over the years, Mir has circled the Earth about 88,000 times, travelling 3.6bn km (2.2bn miles).
In many ways, the platform has been humankind’s first real home in space, as well as being the pride of the Russian space programme.