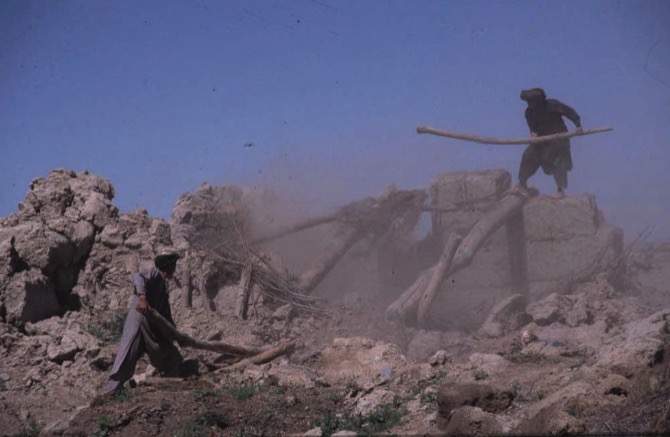 An earthquake in northern Afghanistan has left thousands dead, injured or homeless.

The earthquake is centred on the city of Rostaq in the remote province of Takhar, close to the border with Tajikistan.

A spokesman for the Northern Alliance – which controls the area – told Pakistan-based Afghan Islamic Press over 3,500 bodies had been recovered.

The Islamic Taleban Government in Kabul puts the death toll at 3,230, but western experts believe these figures may be too high because the area is sparsely populated.

According to the anti-Taleban Afghan Embassy in the Tajik capital Dushanbe about 15,000 people have been made homeless as dozens of villages have been destroyed.

The United Nations and the International Red Cross is still trying to verify this information.

There are no relief agencies in the area but the International Federation of Red Cross and Red Crescent Societies has already sent a team from Dushanbe – at least 36-hours’ drive away.

An airport to the west of Rostaq is still operating and can receive emergency supplies.

Swedish seismologists measured the earthquake at 6.1 on the Richter scale, which they described as “not extreme” but they said under certain conditions it could nevertheless cause considerable damage.

Most of the population in the affected area live in mud-built houses.

Afghan ambassador to the UN Ravan Farhadi said the region was covered in snow drifts and extremely cold at night.

Taleban leader Mulla Mohammed Omar has expressed his sympathies and ordered troops in the region – attempting to capture Takhar province from the Northern Alliance – to assist rescue efforts.

But ongoing civil war in Tajikistan may hamper relief operations from the other side of the border.

Aftershocks continued for the next week.

The first international relief workers reached the site on 7 February.

Local officials told them they had already buried most of the 3,000 dead.

The rescuers only found 400 injured in Rostaq – far fewer than expected.

Medecins Sans Frontieres later confirmed that at least 4,000 had been killed and many villages were devastated.

The Taleban offered 100 tonnes each of rice and wheat and two billion afghanis (about £40,000) even though they were at war with the region.

In spite of a truce between the Taleban and the Northern Alliance, fighting continued.