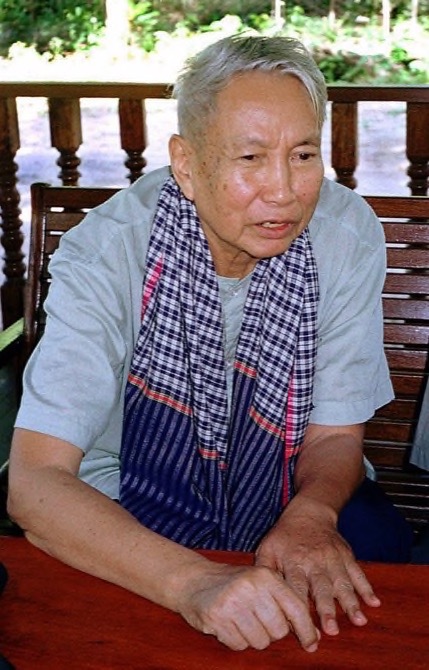 The former Cambodian dictator, Pol Pot, whose regime led to the deaths of millions of his people, has died.

Journalists who were shown his body in a village in western Cambodia were told he had died of a heart attack.

After initial scepticism most of the journalists said they were confident it was Pol Pot.

Pictures of the corpse on a bed in a jungle shack have also been broadcast on television.

Pol Pot never revealed his exact age but he was believed to be in his early 70s.

Pol Pot and the Khmer Rouge movement he led were behind the deaths of approximately 1.7 million Cambodians in the so-called “killing fields” during the late 1970s.

Last year Pol Pot was deposed as leader of the Khmer Rouge and a special Khmer Rouge tribunal sentenced him to life imprisonment at the movement’s headquarters in northern Cambodia.

News of Pol Pot’s death came just hours after guerrilla officials said they were prepared to surrender him to end fighting with Cambodian government troops.

However, former US Secretary of State Henry Kissinger, closely involved in the US bombing of Cambodia, said he thought the Khmer Rouge might have killed Pol Pot.

“I think so ill of the Khmer Rouge that I don’t even exclude that they killed him in order to avoid pressure of this kind,” he said.

Pol Pot became head of the underground Cambodian Communist Party in 1962 after becoming converted to Marxism while studying in Paris.

He and his guerrillas came to power in 1975 after a war against the US-backed Cambodian government.

The dictator immediately set about realising his vision of an agrarian utopia, abolishing money, private property and religion.

His troops forced people to leave the cities to set up rural collectives where many thousands died of disease and starvation.

Anyone suspected of being an “intellectual” was an enemy of the new state and hundreds of thousands of the educated middle-classes were tortured and executed.

Pol Pot’s radical reforms so weakened Cambodia that its old enemy, Vietnam, was able to stage an invasion in 1979.

The Khmer Rouge government fell and fled into the jungle.

Vietnamese troops did not withdraw until 1989 leaving behind a country wracked by civil war.

In 1991 a United Nations-brokered peace agreement was signed and led to free elections and the restoration of the monarchy in 1993.

However, the country has not been completely free of strife – a coup was staged in 1996.

In 2001 Cambodia’s Senate approved a law to create a tribunal to bring genocide charges against Khmer Rouge leaders.