This Day in History | 1999 Scientists highlight hazards of GM food 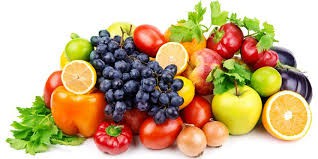 A group of international scientists has reinforced warnings genetically modified food may be damaging to health.
The 20 independent scientists have signed a memorandum in support of Arpad Pusztai who was forced to retire last year over his revelations about the effects of biologically altered potatoes on laboratory rats.
An expert on plant toxins, Dr Pusztai was suspended by the Rowett Research Institute in Aberdeen and did not have his annual contract renewed after he publicised his findings on British television.
Former president of the British Society of Allergy and Environmental Medicine Ronald Finn said: “Dr Pusztai’s results at the very least raise the suspicion that genetically modified potatoes may damage the immune system.”
He continued: “You can imagine a doomsday scenario. If the immune system of the population was weakened, then the mortality would be increased many, many times.”
Dr Pustzai, 68, found the internal organs and immune systems of rats was altered by the presence of an additional gene – responsible for the production of the plant toxin lectin – in the potatoes.
A researcher at the department of pathology at Aberdeen University, Stanley Ewen, has just released details of his own experiments indicating rats fed on GM – or transgenic – potatoes absorbed lectin into their intestines.
Mr Ewen explained: “It may be that in GM food a drug-delivery system has been created, delivering something you didn’t want to.”
The director of the Rowett Institute, Philip James, has defended his decision to suspend Dr Pusztai saying he had become “muddled” over key aspects of the potato experiments.
He denied he had come under political pressure to dismiss the controversial scientist.
Prime Minister Tony Blair has rejected calls for a moratorium on GM food saying there is a rigorous regulatory process before they reach supermarket shelves in the UK.

Arpad Pusztai was the first senior scientist to question the effects of genetically modified foods.
His research was publicised just as GM foods were first appearing in shops and many people were deterred from using them.
Anti-GM campaigners like Friends of the Earth championed Dr Pusztai’s cause, but most of the scientific establishment – including the Royal Society – pilloried him.
He launched a website in June 1999 to hit back at his previous employers and critics.
Leading medical journal The Lancet published the findings of Dr Pustzai and Dr Ewen in October 1999.
Investigations by the BBC and Guardian newspaper in June 2002 found government papers admitting mishandling the affair and making Dr Pusztai into a martyr.