This day in history | 2001 US launches air strikes against Taleban 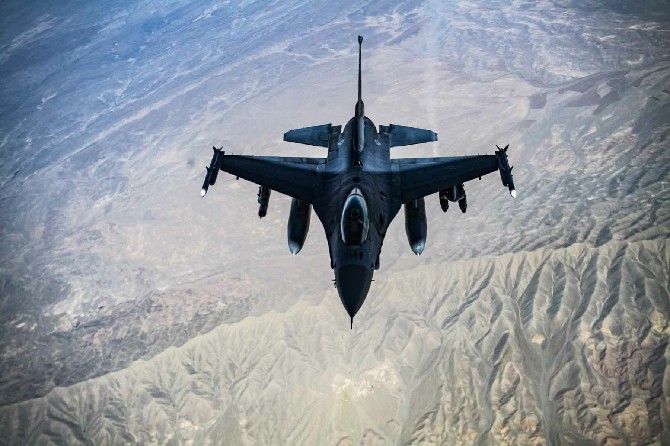 The United States has begun its military campaign, Operation Enduring Freedom, against al-Qaeda and the Taleban in Afghanistan.
Cruise missiles and bombers have targeted the airports of Kandahar and Kabul and terrorist training camps near Jalalabad.
The attacks which began around 1630 GMT were quickly followed by a public broadcast from President Bush who promised a “sustained and relentless” campaign.
The Taleban has condemned the strikes and says it shot down a plane, a claim denied by the Americans.
Up to 50 cruise missiles are reported to have been launched from submarines in the Arabian Sea.
The US also flew in B52 bombers stationed on the island of Diego Garcia, and B2 Stealth bombers direct from the US itself.
Tony Blair confirmed the initial strikes involved a British contribution by HMS Illustrious and a small number of submarines.
They form part of a US-British naval coalition gathered in the region within striking distance of Afghanistan, including two US aircraft carriers.
Speaking at a news conference, US Secretary of Defense Donald Rumsfeld, said key targets would be terrorist training camps and Taleban communications, fighter planes and air defence installations.
But the Pentagon says it will be mounting operations from the air and the ground, and defence experts say special forces are likely to be used soon into the campaign.
In his broadcast, George Bush underlined America’s commitment to pursue terrorism in light of the events of 11 September.
He warned there was “no neutral ground” and that any government sponsoring terrorism would be taking a “lonely path at their own peril.”
The US administration has repeatedly rejected Taleban offers to bargain over the fate of its guest, Saudi-born militant Osama Bin Laden.
The al-Qaeda leader, who is accused of plotting the 11 September attacks, also released a speech to time with the strikes.
In a message delivered to Al-Jazeera television, an Arabic news channel, he sought to portray the bombing as part of a wider war of two sides, the “side of faith, and the side of infidelity”.
Tony Blair pledged Britain’s commitment to the campaign and stressed it would be fought on three fronts – military, diplomatic and humanitarian.

The strikes were the first retaliatory response to the 11 September 2001 terror attacks in which nearly 3,000 people died.
The key objectives were to stop Afghanistan from remaining a terrorist haven and to find Osama Bin Laden.
Within three months, the Taliban were effectively ousted. With help from the Northern Alliance, an army of rebel Afghan factions, coalition forces have been hunting down al-Qaeda militants, but Bin Laden has not been found then. He was shot and killed in his hideout in Pakistan by American special forces on May 2, 2011.
A US-friendly Afghan administration was in place until 2004. International forces are helping to maintain order in Kabul, but warlords maintain powerbases in the regions.
Human rights abuses are high and heroin production is up.
Estimates of civilian deaths in Afghanistan vary between several hundred and several thousand.
In August 2021, the Taliban once again regained control of the country, as many civilians, government officials and foreign diplomats were evacuated, following the withdrawal of American forces and NATO allies. A theocratic government was installed in Kabul.