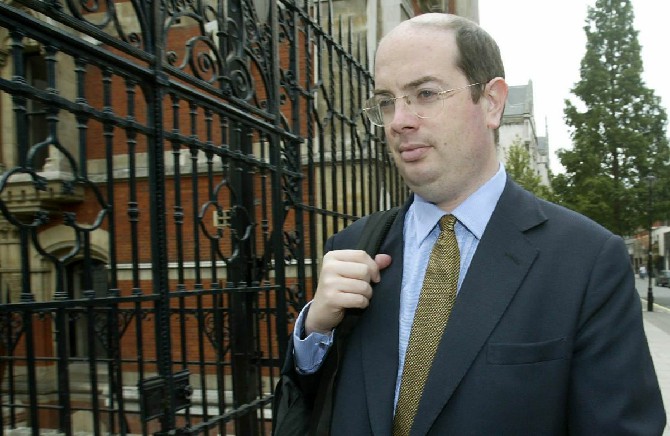 The journalist at the centre of the controversy surrounding the death of weapons expert Dr David Kelly has admitted that his language “wasn’t perfect” when he reported the government had “sexed up” its weapons dossier on Iraq.
Andrew Gilligan, defence correspondent for the BBC Radio 4’s Today programme, was giving evidence to the Hutton Inquiry on its second day.
He stood by the main thrust of his report – that the government had exaggerated Iraq’s weapons capability to make the case for war.
But it emerged during four hours of questioning by Lord Hutton that his reporting had been criticised in an internal BBC email as “flawed”.
The inquiry is looking into the circumstances surrounding the death of Dr Kelly, who apparently committed suicide in July after being named as the possible source for Mr Gilligan’s report.
A transcript of the notes Mr Gilligan made from his last meeting with Dr Kelly on 22 May said the government’s dossier was “transformed a week before publication to make it sexier… a classic was the 45 minutes” [referring to a claim that Iraq could launch weapons of mass destruction within 45 minutes.] It went on, “Most people in intelligence weren’t happy with it, because it didn’t reflect the considered view they were putting forward.”
The transcript then showed a single word, “Campbell”.
The prime minister’s director of communications, Alastair Campbell, has vigorously denied ordering the dossier to be changed.
Andrew Gilligan was then asked about the controversial live report for the Today programme, broadcast at 0607 on 29 May.
In it, he said a “senior official” had told him that the government had “sexed up” its dossier with a claim which it “probably knew was wrong”.
Mr Gilligan admitted he had not used exactly the right language.
The inquiry was then shown an internal BBC email from Mr Gilligan’s editor on the Today programme, Kevin Marsh, a month after the controversial report was broadcast.
It said: “The story was a good piece of investigative journalism marred by flawed reporting. Our biggest millstone has been his [Andrew Gilligan’s] loose use of language and lack of judgement in some of the phraseology.”
Just before Mr Gilligan left the inquiry he was asked whether he had exaggerated or embellished what Dr Kelly had said.
“No,” he replied.

Lord Hutton published his report on 28 January 2004.
It was highly critical of the BBC, saying the key allegations reported by Andrew Gilligan were “unfounded”, and criticising “defective” BBC editorial processes.
Lord Hutton absolved the government of any kind of “dishonourable, underhand or duplicitous strategy” in the leaking of Dr Kelly’s name to the press.
But he said the Ministry of Defence was “at fault” for failing to tell Dr Kelly that his identity as the suspected source would be confirmed to journalists who suggested it.
Shortly after the report was published, BBC chairman Gavyn Davis and the corporation’s Director General Greg Dyke resigned.
Andrew Gilligan handed in his resignation on 30 January, describing the BBC as the victim of a “grave injustice”.
He joined the Evening Standard newspaper before returning to broadcasting, presenting a documentary for Channel Four.
Mark Thompson, the former Chief Executive of Channel Four, took over as Director General in June 2004.