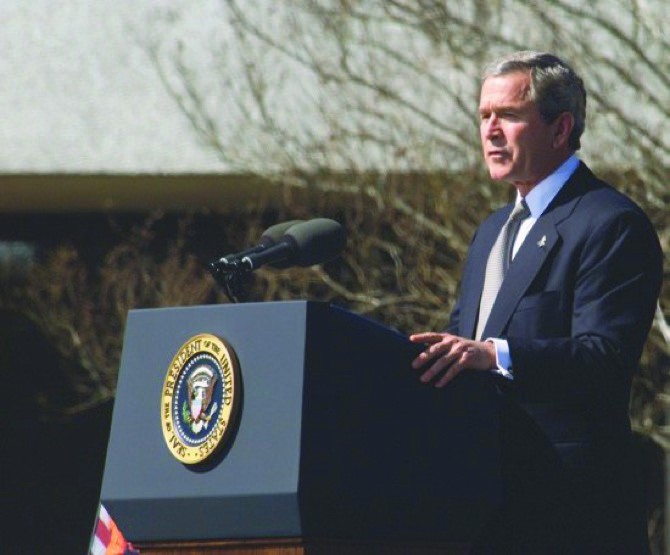 The US President, George W Bush, has withdrawn a punitive tax on imported steel to avoid a damaging trade war between the United States and Europe.
The World Trade Organisation (WTO) last month turned down a US appeal against its July ruling that the duties, imposed in March 2002, are illegal.
Mr Bush justified them by saying foreign steel firms were driving US firms out of business with unfair competition and government subsidies.
The EU was planning sanctions worth $2.2bn in retaliation against the move, but says they will now be dropped.
White House spokesman Scott McClellan, reading a statement on behalf of Mr Bush, said: “These safeguard measures have now achieved their purpose and, as a result of changed economic circumstances, it is time to lift them.”
US Trade Representative Robert Zoellick said the tariff decision had been made independently of the EU’s threat of retaliation.
At no stage did the US administration admit it had acted illegally in breaching WTO rules.
On hearing the tariffs were being dropped, the EU Trade Minister Pascal Lamy said: “This is good news for us…. The important thing is that this sort of thing should not happen again.”
It is believed that pressure from the British Prime Minister Tony Blair during Mr Bush’s controversial visit to London last month was instrumental in convincing him to lift the tariffs.
The tariffs, which added up to 30% to the cost of a range of imported steel products, were originally imposed to satisfy an election pledge Mr Bush made to steel bosses and workers.
The US blamed cheap imports for the bankruptcy of 31 steel firms since 1997, with 20,000 job losses.
But the EU – which had also suffered 22,200 job losses over four years at the time – said it had not resorted to such measures while it was forced to restructure.
President Bush may now face a backlash from those workers who said he promised to keep the tariffs in place for three years.

Further trade wars threaten over the import of genetically modified food and crops from the US, despite the fact that EU public opinion is strongly opposed to such products.
The US has launched a trade complaint at the WTO, while the EU has postponed a decision on whether to allow some GM crops to be imported.
In January 2004, China – the world’s top steelmaker and user – imposed tariffs of up to 55% on steel imports from five countries which it said were hurting its domestic producers, to an international outcry.
In August 2004 trade talks in Geneva reached a framework agreement on opening up global trade to allow poorer nations better access to world markets. It was hailed as a major breakthrough after three years of wrangling over the issue.