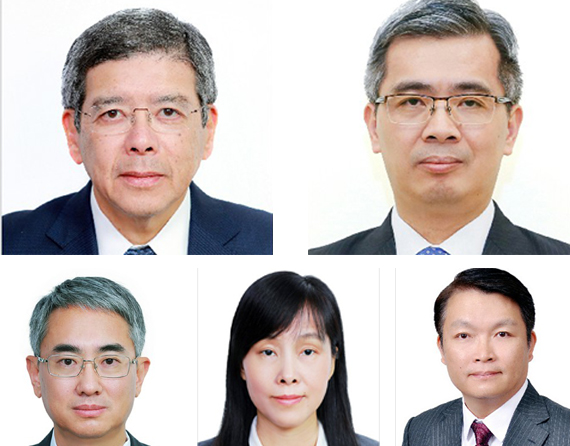 In a surprise announcement last night, the Macau SAR government disclosed the officials who will take up the most senior posts in the next government.
Of the three new appointments, the most surprising are Lei Wai Nong, the current Vice President of the Executive Council of the Municipal Affairs Bureau and Ao Ieong U, Director of the Identification Bureau. Lei will be the new Secretary for Economy and Finance, replacing Lionel Leong, while Ao Ieong will become the new Secretary for Social Affairs and Culture, replacing Alexis Tam.
Meanwhile, incumbent Commissioner Against Corruption, André Cheong, will become the next Secretary for Administration and Justice.
The current Secretary for Security, Wong Sio Chak, and the Secretary for Transport and Public Works, Raimundo do Rosário, will remain in their posts for another five-year term.
André Cheong, incumbent Commissioner Against Corruption, will be the Secretary for Administration and Justice. Meanwhile, Chan Tsz King, Assistant Chief Prosecutor, will succeed Cheong as Commissioner of the Commission Against Corruption.
It was previously thought that Hoi Lai Fong, deputy commissioner of the anti-graft body would take its helm after Cheong. However, late last night the government announced that she would become the next Chief-of-Office of the Chief Executive’s Office.
Ho Veng On will remain as the head of the Commission of Audit. Earlier reports had penned Ho Veng On as the next Secretary of Economy and Finance.
Leong Man Cheong, who is currently the Chief of the Public Security Police Force, will be promoted to the Chief of of the Unitary Police Service.
As for the Macao Customs, Vong Man Chong, who is currently the Deputy Chief of the department, will be promoted to Chief of his department.
Chief Justice Sam Hou Fai of the Court of Final Appeal was previously expected to retire, with Chief Prosecutor Ip Son Sang taking his place. However, the confirmed list shows that Ip will stay in his current position.
Information on Chief Justice Sam’s prospects was not released last night because, according to the Basic Law, the appointment of that position is within the authority of the Chief Executive. The appointment from Beijing is not legally mandatory. However, the appointment needs to be filed by the Standing Committee of the National People’s Congress.
In a previous report by All About Macau, sources commented that Chief Justice Sam is far from retirement, considering both his service duration and his actual age. Other comments are that other qualities are required for Chief Prosecutor Ip to take the top place of the judiciary. The sources expected both would stay unless special circumstances arise.
The new government will be sworn in on December 20, on the 20th anniversary of the handover.