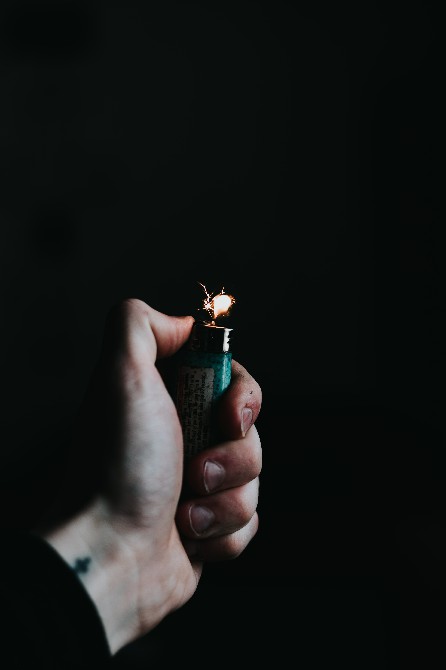 A non-resident worker (TNR) from the UK is being accused of deliberately lighting a fire in a building entrance in the early hours of February 19, the Judiciary Police (PJ) spokesperson revealed yesterday during the regular jointed police forces press conference.
The man in his 30s from the UK, who is working in Macau as a receptionist, is the only suspect in the case, which occurred in a building located at Rua do Campo.
The case was raised as suspicious after the Fire Services attended the fire emergency and notified the PJ that they believed the fire had been deliberately lit.
After investigation, the PJ determined that the suspect had entered the building and stayed there for some time in the early morning of February 19. Tracking the movements of the man through surveillance cameras, the PJ said that he looked to be under the influence of alcohol and had entered the same building multiple times through both the Block 1 and Block 3 entrances.
The surveillance camera footage also shows the man pulling mail and flyers from the building’s post boxes and throwing them to the floor.
The fire is believed to have been started with a cigarette lighter subsequently found in that location and burned mostly the mail, papers, and flyers and well as some decorative items that had been placed at the building gate for the Chinese New Year, also causing damage to the entry gate.
Being able to identify the suspect, the PJ detained him a few hours later at his home in an apartment building nearby.
The man admitted to the PJ that he had consumed a lot of alcohol on that night and said he did not to remember any of actions of which he is now being accused.
Nonetheless, the PJ believes they have gathered enough evidence against him and have forwarded the case to the Public Prosecutions Office (MP) for the man to be charged with arson. According to article 264 of the Macau Penal Code, such a demeanor by negligence can incur a sentence of up to five years’ imprisonment.