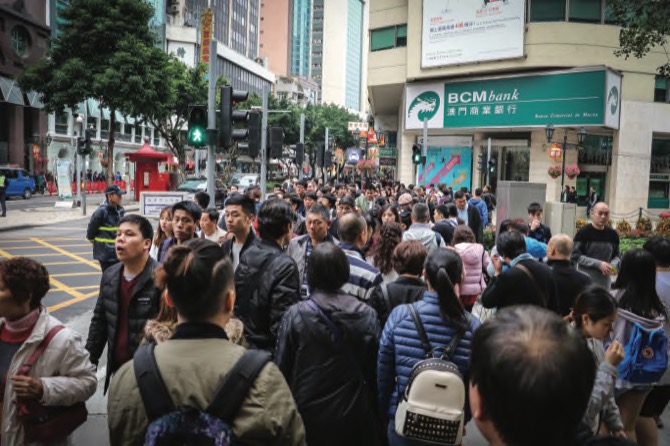 China will streamline procedures surrounding the application for exit-entry permits by its citizens, according to information given by the National Immigration Administration (NIA) last week, which will allow Chinese citizens on the mainland, regardless of where they were born or where they live, to be able to apply for travel passes to Hong Kong, Macau and Taiwan at any immigration administration centers across the country. The new policy comes into effect today.

Citizens will no longer need to return to their birthplaces in order to apply for exit-entry permits, according to the new policy.

Prior to this policy, mainland residents’ travel permits to the SARs were controlled by the country’s Hukou, a household registration system which requires a person to have a permanent residence in order to be registered. Because of this system, mainland tourists had to visit their Hukou-registered residence to receive travel documents, such as passports, travel cards, or travel endorsements.

The new policy may result in more frequent visits of mainlanders to Macau at a time when over-tourism is a contentious topic in the legislative and public domain.

It is still unclear whether the mainland government will launch other visa restriction policies following this easing of the process to obtain travel endorsements to the SARs.

Before 2012, the restriction was completely based on Hukou-registered residences.

In February 2018, China relieved restrictions within each province, meaning that a mainland citizen could apply for these travel documents in another city aside from their Hukou city, however, still within the same province.

Besides the abovementioned restrictions, previously, even though mainland residents could apply for documents in other provinces, they were still not permitted to obtain these documents from self-service kiosks.

The Chinese immigration authority estimates that more than 21 million exit-entry permits will be issued to applicants outside their birthplaces in 2019, saving applicants more than 20 billion yuan (about USD3 billion) on transportation expenses.

Several Macau lawmakers have called on the local and central governments to issue two travel endorsements to mainland visitors who want to visit Macau.

With the new policy, effective today, once a mainland visitor leaves the territory of Macau or Hong Kong, he or she can visit an immigration office in any mainland city, such as Zhuhai or Shenzhen, and immediately apply for a new endorsement, thereby returning to the SARs for another seven- day stay.

The service is available through the website s.nia.gov.cn, or through an NIA app and mini-programs attached to WeChat and Alipay, the NIA informed in a statement, released last week.

Through this online service, people will be able to submit application forms for travel permits to Hong Kong, Macau and Taiwan, book interviews with authorities for application of travel documents and follow the review progress.

Chinese citizens can also inquire about their travel documents, such as passport number and expiry date, and their travel records in and out of the country, the statement revealed.

The results of such inquiries can be downloaded with the digital signature of the NIA and can be used as a confirmation document for a third party, said Chen Yongli, an NIA official.

According to the Chinese immigration authority, the policy will address the continuously increasing demand for exit-entry travel documents by mainland residents, as the country’s human flow continues growing, and because the number of residents who study, reside or retire in a place other than their Hukou-registered residence continues to increase as well.

The policy also aims at making travel more convenient for Chinese companies. According to the immigration authority, the policy will offer more convenience to employees of China-based companies who need a travel document. The new policy will allow these employees to save time while reducing costs for employers.

DSEC attributes the rapid rise in package tour visitors in part to the long holiday of the Chinese Lunar New Year.

For the first two months of 2019, which together negate the monthly irregularities of the Chinese Lunar New Year, there were 1,475,000 package tour visitors, marking an increase of 4.3 percent year- on-year.

The New Year was also the reason that outbound residents using the services of travel agencies rose by 15.5 percent year- on-year to 154,000 in February. Among them, residents travelling under their own arrangements increased by 21.4 percent to 99,000, with those going to mainland China (47,000), Hong Kong (15,000) and Taiwan (17,000) together accounting for almost 80 percent of the total.

In the first two months of 2019, outbound residents using the services of travel agencies totaled 286,000, up by 12.6 percent year-on-year.

In the first two months of 2019, guests of hotels and guesthouses totaled 2.33 million, up by 5.3 percent year-on-year, while the average length of stay of guests held stable at 1.5 nights. DB