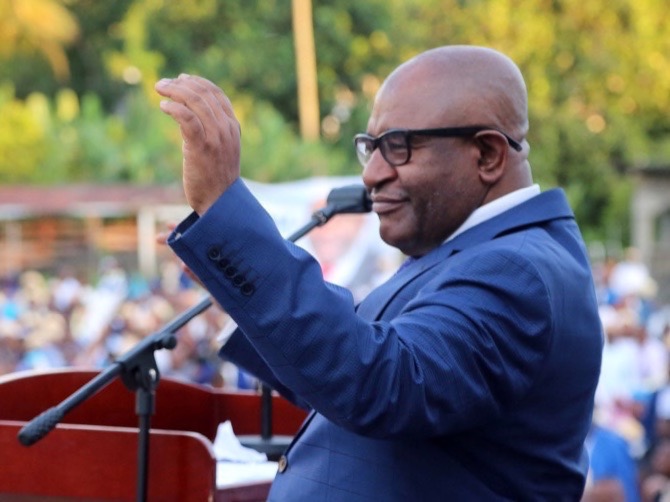 Former Comoros President Azali Assoumani said leisure companies including Club Med may invest in the Indian Ocean archipelago, as he vowed to boost the tourism industry if he wins this weekend’s election.

Assoumani, 60, stepped down last month to take part in the election after overseeing average economic growth of 2.4 percent, International Monetary Fund data shows. In addition to spending on the tourism industry, Assoumani said he plans to invest in agriculture if he wins the March 24 ballot to help raise the growth rate to 4 percent.

Comoros is one of the world’s biggest producers of ylang ylang, an essence used in perfumes, which together with cloves and vanilla account for more than 70 percent of its exports.

The former army colonel, who previously ruled from 1999 to 2002 and again for four years until 2006, is seeking another mandate after he won a disputed referendum in July that allowed him to alter the constitution. The changes extended presidential term limits and modified the system of rotating power between the archipelago’s three main islands to every 10 years instead of five.

“It is most likely that I will be elected in the first round,” said Assoumani, who first rose to power in a bloodless coup in 1999.

Comoros’ Supreme Court has barred some of the main opposition candidates from participating in the vote, citing invalid paperwork. A country of about 820,000 people, Comoros has had more than 20 coups or attempts at seizing power since it gained independence from France in 1975. Faiza Soule Youssouf & Kamlesh Bhuckory, Bloomberg