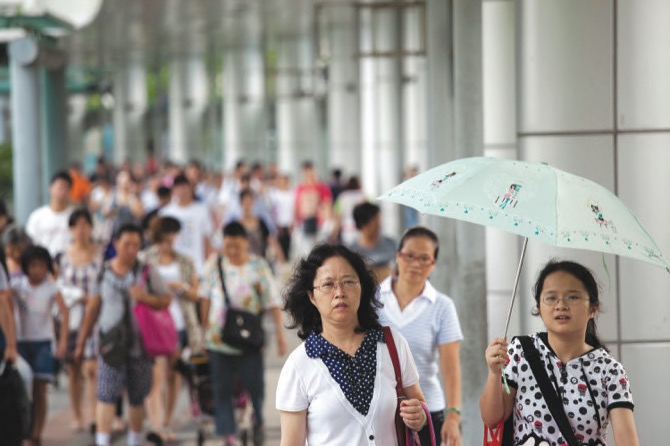 The Hong Kong- Zhuhai-Macau Bridge (HKZMB) is, so far, apparently immune to the phenomenon of the so-called “illegal tour guides,” who bring into Macau groups of tourist from the mainland and lead them through the region without hiring a local tour guide as the law requires.

At least that was the conclusion arrived after the meeting of government officials representing the Macao Government Tourism Office (MGTO) and the members of the Second Standing Committee of the Legislative Assembly (AL), which met yesterday afternoon at the AL.

After the meeting, while summarizing the topics discussed, the president of the committee, lawmaker Si Ka Lon, noted that according to MGTO there have been complaints of illegal activities of this kind at the border checkpoint of the HKZMB since its opening.

Si explained that “all the seven cases reported from the period between October 2018 until the end of March 2019 refer to occurrences at the Border Gate [border checkpoint],” adding that, of those, “three cases are from the first three months of this year.”

Nevertheless, the president of the committee advanced that from such a number of complaints and investigations, no sanctions or penalties were issued to anyone.

Questioned on the matter, he explained that it is quite difficult to define illegal guides and even harder to find proof of such illegal activity.

“When questioned or inspected, the majority of the tours state that the group is a ‘free choice program’ and that is why it is hard to prosecute them,” said Si. “They just have a gathering start point and then a gathering finish point at the border area.”

The lawmaker argued that it is difficult for the inspectors to gather evidence because, “when questioned, the group leaders and the tourists have probably been already instructed to say that they have no oriented program and they are just on their own to visit wherever they like.”

According to data provided by MGTO and cited by the president of the committee, the Office has performed a total of 305 inspections on the Bridge and another 164 at the Border Gate, 12 of those in collaboration with the Public Security Police Force authority.

Questioned by the media, Si advanced that an amendment to this law, which has been in force for 15 years, is planned to be soon introduced, noting that the MGTO has barely concluded the bill and it is currently preparing to send it for analysis by the Executive Council.

Although he noted that the details of such a bill are not yet known, he thinks it should clarify the matter in order to ease the work of the inspectors and the evidence collection process.

While a new bill is being considered, several lawmakers in the committee expressed opinions and discussed how the government could immediately act to tackle at least some of the cases, even before the law is amended.
On the topic, lawmaker Si said that the MGTO is surveying the possibilities ahead of attributing a sanction under the existing article 67, line b, which establishes a fine ranging from MOP20,000 to 30,000 for the travel agent who, despite not being a tour guide, acts like one: organizing the tour or part of it.
According to the president, there are two roles well defined by the agency staff and tour guides, the first mainly being responsible for the organization of transportation and logistics of the hotels and the second being responsible for providing guidance and information on the city, monuments and other aspects.

According to Si, if the second role, acting like a tour group leader, provides services under the competence of the tour guide, he or she should be able to be sanctioned with a fine.

Moreover, if he or she is a non- resident, “we can prevent their re-entry into the region if the fine is not paid.”

This is a solution that, according to the president, has already gathered the support of the majority of lawmakers.