Tourism | There have never been so many visitors coming to Singapore 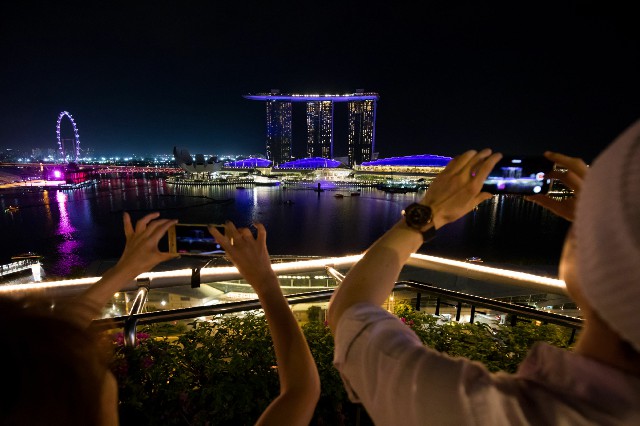 It’s almost like a sequel to “Crazy Rich Asians.”
A year after the movie – set in Singapore – helped drive a record number of visitors to the city-state, the tourists are back again in full force, pushing arrivals to a new high in the third quarter.
About 5 million travelers came to the island between July and September, led by visitors from Greater China, with a 22% increase, according to data from Singapore Tourism Board’s website. The previous quarterly record was 4.83 million set in the same period a year earlier.
The surge in tourists also coincided with the reopening of the city’s grand dame, Raffles Hotel. The 132-year-old iconic hotel – the birthplace of the “Singapore Sling” – opened after an extensive renovation.
Singapore, which competes with Hong Kong for conferences, is also benefiting from the North Asian city’s weekly pro-democracy protests that started in June. As the demonstrations turned increasingly violent, some conferences, such as the Global Wellness Summit, moved their events to Singapore.
The unrest in Hong Kong has prompted businesses to relocate events and major meetings to locations in Singapore as well as neighboring countries such as Thailand, according to hotel-industry billionaire William Heinecke.
The outlook for 2020 looks bright too with a robust line up of events such as Singapore Airshow, Food & Hotel Asia conference and Gamescom Asia, according to a report published by DBS Bank Ltd. in October.
Among the island’s biggest events in the third quarter was the Formula One night race in the city center, known for its lineup of musical performances that included the Red Hot Chili Peppers and Gwen Stefani this year.
U2 also rocked Singapore for the first time this weekend. The band played the first of two shows on Saturday night to a packed crowd at the National Stadium, ripping through hits including “Where The Streets Have No Name” and “Vertigo.“ The gigs were part of the group’s Joshua Tree 2019 tour through Asia.
It’s a “sci-fi city,” frontman Bono told the crowd, pointing to the country’s diversity. Abhishek Vishnoi, Bloomberg