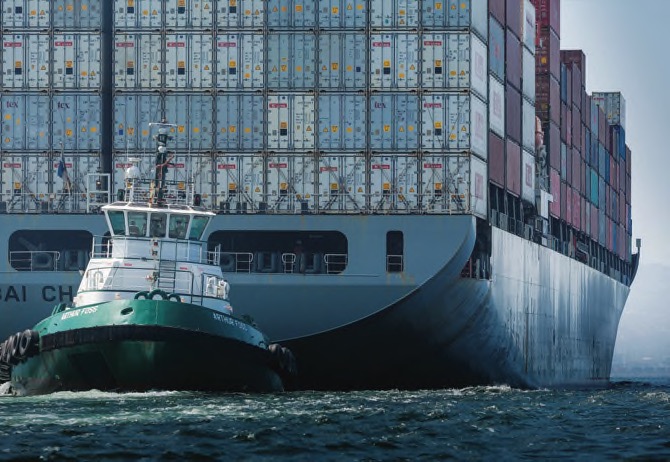 U.S. and Chinese officials resume high-level trade talks this week as they close in on a deal that could just be the first step in the long road to economic peace.

The burst of diplomacy suggests both sides remain determined to reach an agreement that would avoid any escalation of the eight -month trade war that has seen them impose duties on $360 billion of each others’ imports.

In a radio interview this week, Lighthizer said he wants to get a deal, but he’s “not necessarily hopeful” one will happen. “We’re working on it,” Lighthizer told National Public Radio. “If there’s a great deal to be gotten, we’ll get it. If not, we’ll find another plan.”

U.S. negotiators have voiced concern that China is backtracking on earlier pledges, while officials in Beijing have shown resistance to proposals that they see as one-sided. Plans for a meeting between Trump and Chinese President Xi Jinping to finalize an agreement has been pushed back by at least a month to late-April, at earliest.

“The president is desperate for a deal,” said Clark Packard, trade-policy counsel at the R Street Institute, a think tank based in Washington. “I don’t think he wants to go into 2020, running for re-election, without something here.”

But it’s looking increasingly doubtful that the ideal scenario for investors and business leaders – complete removal of the tariffs – will come to pass. Trump said last week he plans to keep tariffs on Chinese products until he’s sure Beijing is complying with any deal, citing concern that it hasn’t lived up to previous commitments.

The question of whether to roll back existing tariffs will probably be one of the final, and trickiest, issues to resolve, and it’s likely some of the duties will remain in place, said Tim Keeler, an attorney at Mayer Brown who served as chief of staff to former U.S. Trade Representative Susan Schwab.

That could be a critical issue for talks, according to Zhou Xiaoming, a former Chinese Ministry of Commerce official and diplomat.

“The additional tariffs must be removed,” Zhou said in an interview. “If the U.S. won’t end the tariffs, then China won’t stop the retaliatory tariffs. If it’s just no hikes of tariffs rather than scrapping all the existing ones, the significance of the trade talks would be much less.”

Even after a deal is signed, trade relations between the two powers will likely remain tense for some time as they search for a new equilibrium in their economic relationship. Zhou Xiaochuan, the former head of China’s central bank, sounded an optimistic note at an event in Boao, Hainan Province yesterday, and said he believed the two sides could resolve their issues through negotiation.

Trump stoked optimism about a major breakthrough late last month, when he withdrew a threat to ratchet up tariffs and suggested he and Xi could celebrate a deal at a “signing summit.” Since then, Trump walked away from a meeting with North Korean leader Kim Jong Un, and warned it’s possible he’d do the same with Xi if things didn’t go his way.

The president told Republican lawmakers on Tuesday that he won’t settle for less than an “excellent deal” with China, according to Senator Marco Rubio, who attended the briefing.

Some market strategists have already been counting on an extended truce, rather than a wholesale reversal of the tariffs. In a research note early this month, Goldman Sachs economists said their base case was that any deal “would leave some U.S. tariffs in place, potentially lifting them in stages as various commitments under the agreement have been met.”

BNP Paribas echoes that view. In a note, rates strategist Laurence Mutkin and oil economist Harry Tchilinguirian predicted the negotiations would end in tariff “stabilization,” with some U.S. duties still in place. “We expect tensions to persist even after these deals are reached, as political leaders jockey for commercial advantage abroad and political points at home.”

The two countries are still struggling to bridge gaps on substance. Some U.S. negotiators are concerned that China is pushing back against American demands in trade talks, according to people familiar with the negotiations. Chinese officials have scaled back promises on key issues such as intellectual-property policies after failing to receive assurances from the Trump administration that the U.S. will roll back existing tariffs, the people said.

Beijing has played down the chances of a currency commitment solely by China, and it has also said that any enforcement mechanism in a deal must be “two-way, fair and equal.” Andrew Mayeda, Bloomberg