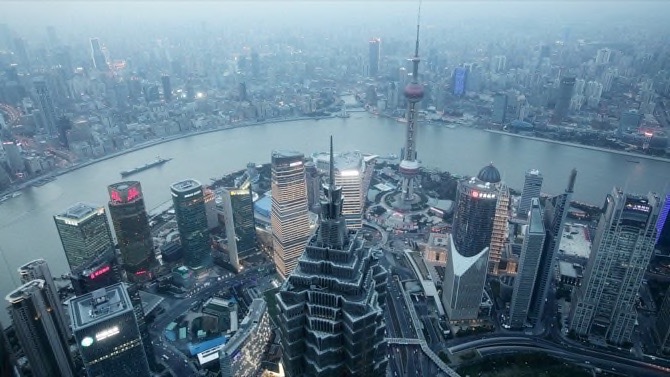 China said it will bring forward plans to remove foreign ownership limits on financial companies, as it speeds up efforts to open the $44 trillion industry to overseas competitors.

Full foreign ownership of securities firms, futures businesses and life insurance companies will be allowed by 2020, Premier Li Keqiang said at the World Economic Forum in Dalian on Tuesday. It’s the latest step in the country’s financial-opening policy, a push that was unveiled in late 2017 and which has seen companies including UBS Group AG and JPMorgan Chase & Co. take measures to increase their onshore presence.

Li’s announcement, which came days after the presidents of China and the U.S. agreed to resume trade negotiations, shows that the financial-opening policy remains on course despite broader political tensions. It’s also a way for China to show it’s open to cross-border business and a signal to Wall Street firms that are circling one of the world’s biggest markets that their investments are welcome.

“This is good news for foreign investors and global financial institutions looking to expand and gain a foothold in the Chinese financial market,” said Hubert Tse, partner at Boss & Young law firm in Shanghai. “Despite the ongoing trade talks with the U.S., Beijing is sending out signals to the world it is determined and committed to continue further opening up China’s markets.”

China is seeking to make it more attractive and convenient for foreigners to buy its stocks and bonds, and having foreign-owned securities firms is one way to encourage that. Over the coming years, the likely emergence of a persistent current-account deficit will mean the nation needs foreign capital to balance its payments.

Last year it began allowing overseas firms to apply for majority stakes in financial industry joint ventures as part of its effort to level the playing field between domestic and foreign players. In May, the government said it will lift single-shareholder limits on local banks and scrapped some asset requirements for foreign companies to operate onshore.

“The reason we moved the schedule ahead is to declare to the world that in the financial services sector we will not only keep up the pace of opening, we will also accelerate,” Li said yesterday.

Authorities have so far approved plans by UBS, Nomura Holdings Inc. and JPMorgan to take majority stakes in local securities ventures. Firms including Morgan Stanley and DBS Group Holdings Ltd. are in the process of seeking to gain control.

This week, the local partners of Morgan Stanley and JPMorgan’s onshore joint ventures announced they would sell stakes in the businesses that would give control to the U.S. firms.

“JPMorgan welcomes any decision made by the Chinese government that looks to liberalize its financial sector further,” Mark Leung, the bank’s chief executive officer for China, said in an emailed statement.

Guo Shuqing, China’s chief banking regulator, said in May that he sees significant room for foreign investors to boost their impact in the country’s finance sector. Overseas investments accounted for 2% of China’s stock market and 2.9% of its bond market, he said. Foreigners held just 1.6% of the nation’s banking assets and 5.8% of the insurance market, according to Guo.