Trade union bill now in the hands of CE-appointed lawmakers 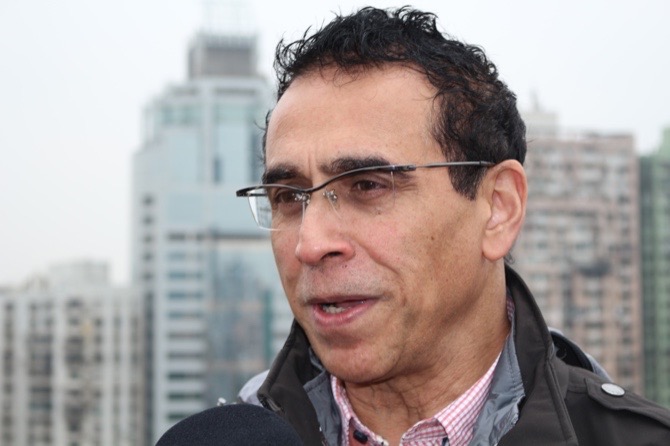 Lawmaker José Pereira Coutinho is presenting, for the seventh time, a bill that aims to create and regulate the activity of trade unions in Macau.

The bill proposes to establish a law that enforces rights over freedom of association as well as the right to collective bargaining in regards to all aspects of workers’ rights and compensation.

After the six failed attempts to pass the bill since 2007, the lawmaker said that this time the fate of the bill is in the hands of the Chief Executive’s (CE) appointed lawmakers.

“I have hope that the seven appointed lawmakers can pass this bill. If the Chief Executive really wants to leave his footprint in the memory of the MSAR’s 20 years and in the 10 years of his mandate, he can give a voting direction [to the seven appointed lawmakers to vote in favor] and that instruction can be very important to approve this bill for the good of society and in order to balance what is happening in Macau.”

“I have hope in the Chief Executive,” added Coutinho during yesterday’s press conference at which he presented the bill again.

The bill will be discussed and voting will be carried out at the Legislative Assembly (AL) plenary on Tuesday, April 23.

For Coutinho, president of the Macau Civil Servant’s Association, the most important question to see answered on Tuesday is how the appointed lawmakers will vote. He said, “they do not have any voting freewill, as they vote according to the orders of the Chief Executive.”

Asked about why the Chief Executive would now give the green light to a bill that was so many times refused by the AL, Coutinho noted that this would be the last opportunity for Chui Sai On to leave a significant footprint within a 10-year mandate that had “no other relevant notes,” and that the Chief Executive is now subjected to little or no pressure at all.

“Chui is months away from finishing his mandate and leaving the post as Chief Executive. He might feel less pressure from all businessmen and the business sector [to let the bill pass] and besides, he now has no other issues to worry about, contrary to previous times, when the rights of the people were always second to issues regarding economy or finance.”

Remarking on the changes in the current bill when compared to its predecessors, Coutinho said that the only major difference is the addition of the possibility of the workers to register and be members of more than one union association concurrently, when previously the bill only allowed the workers to be part of one organization.

They would also be able to request help from these different institutions according to the issues or problems they encounter, added the lawmaker.

In his speech, Coutinho mentioned the need of such a bill for all the workers in Macau, including civil servants, as well as other workers in the gaming sector. He said, “This bill aims to end the exploitation of the workers and to give them an opportunity to defend themselves and to effectively negotiate [with employers].”

Lawmaker José Pereira Coutinho says he supports Sulu Sou’s idea of an appeal to the plenary on the AL Executive Board’s decision to reject Sou’s proposal on the electoral law for the Chief Executive election.

“I think he has some point right there,” said Coutinho. “What he is trying to do is to improve the current system.”

“I think the Legislative Assembly has a significant role in any amendments to this law, which is important for the future of Macau.”

According to Coutinho, it is unfair to have a college of only 400 people deciding the next Chief Executive, as these people are “easily manipulated.”

Coutinho explained that in Chui’s first election “there was a second candidate which never got to be effectively considered as he did not manage to gather the minimum support from the college, which massively supported Chui.”

As for the claims of conflict of interest, Coutinho says, “they are obvious and happen on a daily basis at the AL.”

Remarking not only on the case of Ho Iat Seng, he also asked: “How can Chan Chak Mo have a business of restaurants and hotels and be the judge of the bill which was recently approved on the topic and handed to the second standing committee, [over] which he presides?” RM