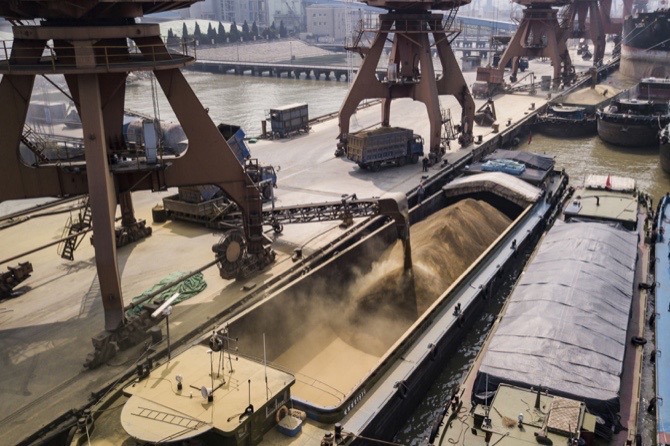 Face-to-face negotiations between the top Chinese and U.S. trade negotiators could happen soon, according to Chinese state media, after a number of goodwill gestures by Beijing over the weekend.

Chinese companies asked U.S. exporters about buying agricultural products and also applied for exemptions from China’s retaliatory tariffs on the goods, state-run Xinhua News Agency reported. That shows China’s “goodwill” and its commitment to fulfill its promises to the U.S., Xinhua said early today in a separate commentary.

The two sides have been “cautiously showing each other sincerity and goodwill” recently and may meet for discussions soon, according to Taoran Notes, a blog run by the state-owned Economic Daily newspaper. In China’s eyes, the U.S. exclusions from punitive tariffs imposed on some Chinese goods and its push to allow American companies to supply Huawei Technologies Co were positive signals to advance the talks, according to both Xinhua and Taoran.

The Chinese government met on Friday with domestic soybean buyers about a plan to purchase more U.S. supplies, according to people familiar with the situation. That could include waiving China’s retaliatory tariffs, but details aren’t decided yet, the people said.

Senior White House officials invited U.S. technology companies including Intel Corp. and Qualcomm Inc. to the White House yesterday to discuss a resumption of sales to Huawei, which is currently on a trade blacklist, according to people familiar with the matter.

With China’s top leadership likely to be out of Beijing from early August for their annual seaside conclave, it is highly likely that a meeting between Vice Premier Liu He and his U.S. counterparts is not far away, according to the Taoran Notes post last night on the WeChat platform. The two sides spoke by phone Thursday to discuss “the next step of negotiations,” indicating a move toward face-to-face talks, Taoran said.

The call last week was the second since the two nations’ presidents met in Japan in late June.

Separate to the possible agricultural purchases, China announced Saturday new measures to further open up the nation’s financial sector to foreign investors. Foreign companies will be able to take a stake in or control entities including wealth management units of commercial lenders, pension fund managers and currency brokers.

The changes weren’t announced as directly related to the trade talks with the U.S., but American criticism of China’s protection of various domestic markets is a core issue in the ongoing trade tensions. These changes were made by the State Council’s Financial Stability and Development Committee, which is also led by Liu.

Still, there was a note of caution in the reports. Taoran said the tariffs imposed on Chinese products must be entirely removed or they would be an irritant during the talks. The removal of the tariffs is one of three core conditions that China has made for any deal. Bloomberg