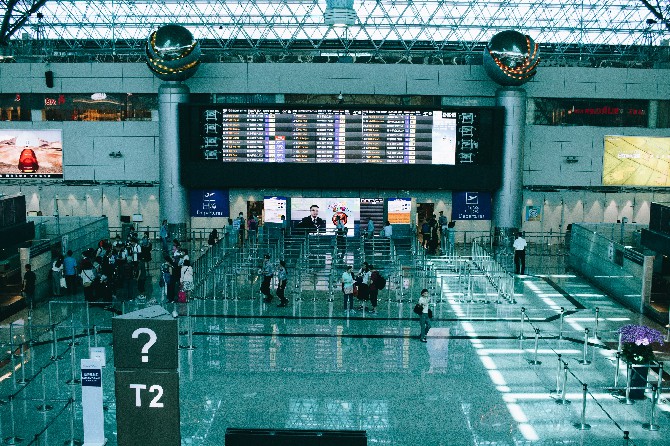 The easing of the restrictions for air traffic at Taiwan’s Taoyuan International Airport, which has reopened the possibility of Macau residents currently outside mainland China returning home, comprises tighter rules than initially expected, the Chief of the Division of Tertiary Education of the Education and Youth Development Bureau (DSEDJ) Chan Iok Wai informed today during the weekly briefing from the health authorities on the situation of the Covid-19 pandemic.
Chan noted that according to the new rules, which came into force yesterday, there are two conditions for the transfer service in Taiwan that residents need to carefully evaluate.
“According to our information, the Taoyuan Airport will allow this transfer service from today [yesterday] but this service is only allowed for passengers on [connecting] flights of the same airliner and [in cases] where the connection flight occurs within a maximum of eight hours,” Chan said. He noted that this information has been already passed on through the different information and conversation groups across various social media platforms to local students abroad, and their parents.
According to the health authorities, until February 24, the Novel Coronavirus Response and Coordination Center had received a total of five requests from students abroad. “Four of them solicited information about flights, and one about vaccination,” Dr Alvis Lo said.
Chan added that such requests for information came from local students currently in Canada and the U.K..
The representative of the Macao Government Tourism Office (MGTO), Lau Fong Chi, added that the office has received three other information requests from residents that are currently in Portugal in the last couple of days. However, the official added that none of these residents have identified themselves as a student abroad.
According to the DSEDJ official, the bureau has recommended that the students abroad who are interested in returning to Macau via this transfer possibility should directly contact the airlines ensure any return would adhere to the conditions previously mentioned. RM