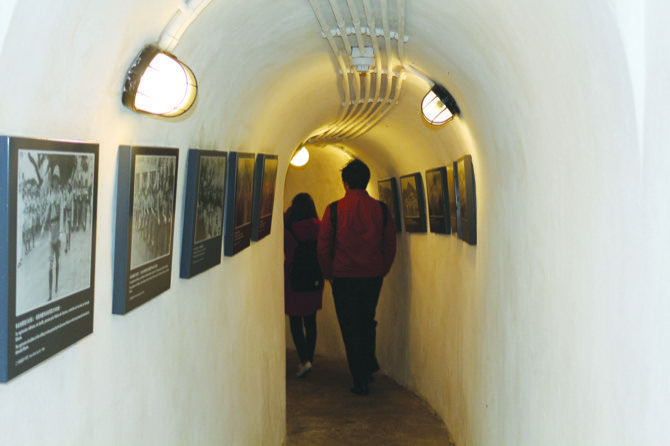 The Guia Military Tunnels, a heritage site embedded in the hills near the Guia Lighthouse, was discovered by the Times last month in a state of neglect, with dirt and discarded items littering the exhibits.

Large pieces of plastic shared shelf space with historical relics, both coated in a thin layer of accumulating dust and dirt. Cleaning equipment and other dust-covered items were positioned in a corner of the exhibition, clearly visible to the visitor and appearing to have been there for some time.

Unlike many other museums, most of the exhibited pieces did not sit behind glass panes, and were instead exposed to the air and outside environment.

The state of neglect makes the exhibit look unattractive and is unseemly of a city that wants to promote its cultural heritage as an alternative tourist attraction to gambling.

In response to an enquiry from the Times, the Cultural Affairs Bureau (IC) says it is now stepping up inspections of the Guia Military Tunnels.

The Tunnels have been under IC management since 2016 and the bureau says personnel are assigned to “conduct regular inspections every month”.

“In response to the on-site environmental hygiene and junk accumulation, the IC immediately urged the cleaning company to follow up the cleaning works so as to continue with the normal operation of Guia Military Tunnels, and arrange personnel to enhance the inspections of the Guia Military Tunnels,” the IC wrote in an emailed statement to the Times. 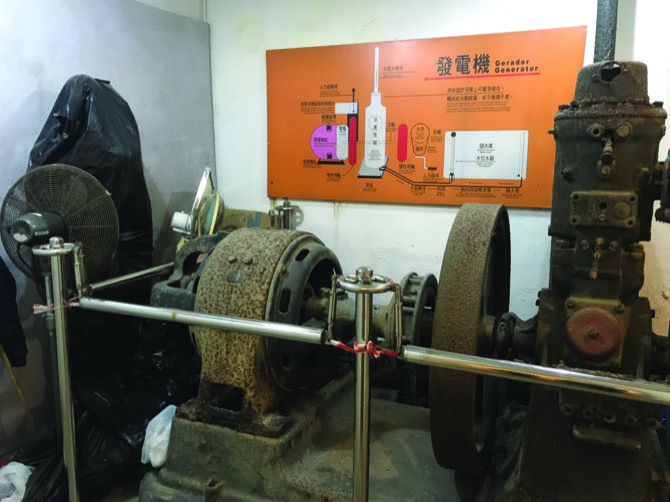 The Times revisited the site yesterday to find most of the discarded items cleared, however, several pieces, such as the remains of a plastic bottle, had been ignored or overlooked.

Part of the Historic Center of Macau, UNESCO World Heritage Site, the tunnel network is comprised of three passageways within the 17th-century military complex of Guia Fortress.

Constructed during the interwar period by order of the Portuguese administration in Macau, the ‘capillary’ network served as a shortcut between military facilities, expediting the redeployment of artillery and munitions from one side of the hill to the other. It was also used as a place to station soldiers, who might use it as a shelter in the event of bombing raids.

Today, two of the tunnels, located just a few minutes from the Guia Lighthouse, have been converted into a museum and are open to the public. They house various relics from the interwar period, including military uniforms and equipment, and an old electric generator.

Since assuming responsibility for the maintenance of the site in 2016, the IC has enlisted the help of restoration professionals to preserve the cultural relics. Among the items that underwent anti-rusting maintenance works in 2016 were two military hats and three military knives displayed in exhibition cabinets. Repair work on one of the tunnels was conducted by the IC in February last year and included the replacement of several damaged exhibition panels. 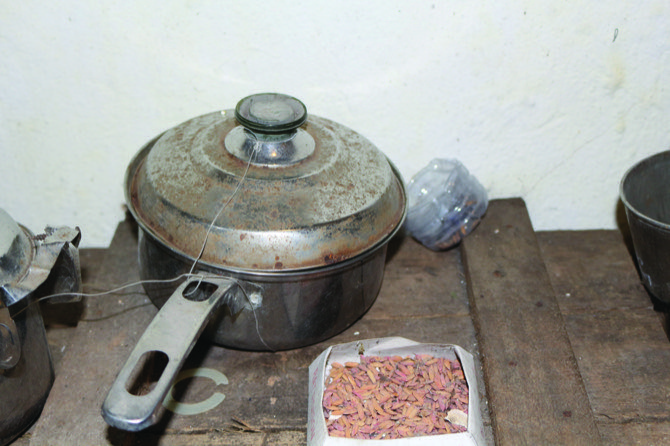