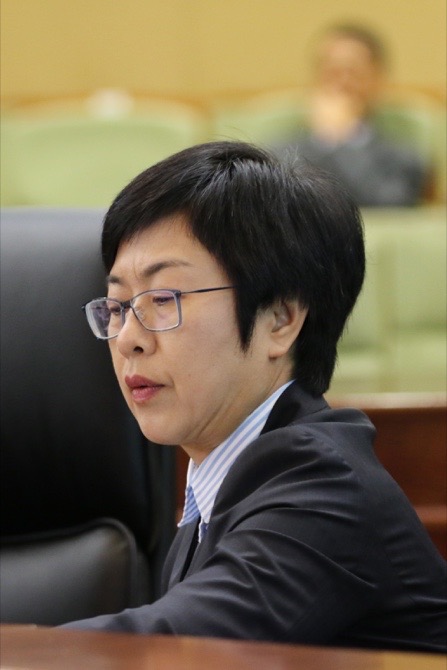 In response to a query raised by Indonesia during the review regarding the International Convention on the Protection of the Rights of All Migrant Workers and Members of Their Families, Chan replied that Macau does not have capability to ratify such a convention.

According to official data, there were a total of 5,466 non-resident Indonesians in the region by the end of January 2019, over 3,800 of whom are involved in domestic work.

“On the recommendation that Indonesia would apply the International Convention [in regards to] the protection of rights of migrant workers, I present that Macau SAR does not have material condition [capabilities] to meet the condition of the requirements,” said Chan during the meeting, as cited in a report by public broadcaster TDM.

Indonesian Migrant Workers’ Union chairperson Yosa Wariyanti hoped that the SAR could soon ratify the convention, which protects the rights of migrant workers. “When the government ratifies the convention, it is expected to truly be able to bring changes to the lives of migrant workers in Macau [but] the challenge is how to carry out commitments that [might] be made,” she told the Times.

Another migrant group leader, Benedicta Palcon, president of Greens Philippines Migrant Workers Union informed that they are set to meet a lawmaker next month to assist them in their call for rights protection.

Last month, migrant groups held a meeting with the Labour Affairs Bureau to discuss proposals for improving their living conditions in the region.

During the weekend meeting, Chan stressed that local residents are equal before the law and must not face discrimination. The Secretary said that the SAR had made progress in the development of human rights protection.

This is the third time that China has participated in the review, following its participation in 2009 and 2013.

Recently, the United States’ Department of State published its 2018 Country Reports on Human Rights Practices, stating that “the law provides for freedom of expression, including for the press, but the government occasionally sought to restrict this right.”

Regarding press and media freedom, the report stated “local media expressed a wide range of views, but the government took steps to restrict unfavorable news coverage.”

In response, the Macau government offered a rebuttal, arguing that foreign countries have no right to interfere in China’s domestic affairs and should not interfere in the internal affairs of the SAR.

The celebration is part of the worldwide observation of International Women’s Day on March 8.

The event attracted over 150 migrant workers who participated in different activities including a yoga and zumba session, free basic medical test, health seminar and lectures and raffle draws, among other activities.

The health seminar, which tackled matters on hypertension, signs of stroke, and symptoms of diabetes, amongst others – included a question and answer portion where migrant workers were free to enquire about their health.

Participants of the event were mostly members of the region’s migrant workers from the Philippines.

In line with the celebration, the consulate held a photo competition last month, which was open to all Filipino nationals working and living in the SAR.

The theme of the Philippines’ National Women’s Month celebratrion for the years 2017 to 2022 is also “We Make Change Work For Women,” highlighting the “empowerment of women as active contributors to and claimholders of development.” LV