US researchers on front line of battle against Chinese theft 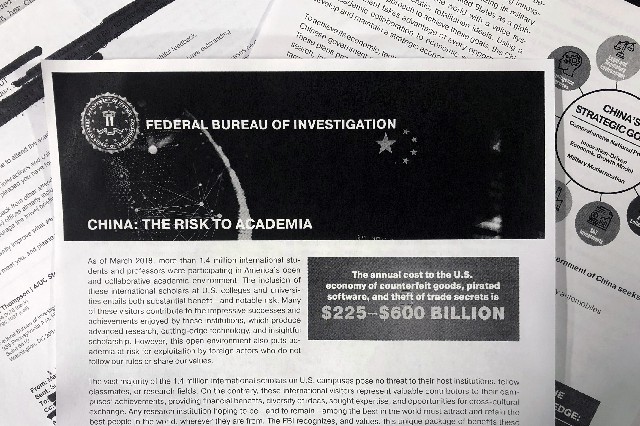 As the U.S. warned allies around the world that Chinese tech giant Huawei was a security threat, the FBI was making the same point quietly to a Midwestern university.

In an email to the associate vice chancellor for research at the University of Illinois-Urbana-Champaign, an agent wanted to know if administrators believed Huawei had stolen any intellectual property from the school.

Told no, the agent responded: “I assumed those would be your answers, but I had to ask.”

It was no random query.

The FBI has been reaching out to colleges and universities across the country as it tries to stem what American authorities portray as the wholesale theft of technology and trade secrets by researchers tapped by China. The breadth and intensity of the campaign emerges in emails The Associated Press obtained through records requests to public universities in 50 states. The emails underscore the extent of U.S. concerns that universities, as recruiters of foreign talent and incubators of cutting-edge research, are particularly vulnerable targets.

Agents have lectured at seminars, briefed administrators in campus meetings and distributed pamphlets with cautionary tales of trade secret theft. In the past 18 months, they’ve requested the emails of two University of Washington researchers, asked Oklahoma State University if it has scientists in specific areas and sought updates about “possible misuse” of research funds by a University of Colorado Boulder professor, the messages show.

The emails show administrators mostly embracing FBI warnings, requesting briefings for themselves and others. But they also reveal some struggling to balance legitimate national security concerns against their own eagerness to avoid stifling research or tarnishing legitimate scientists. The Justice Department says it appreciates that push-pull and wants only to help universities separate the relatively few researchers engaged in theft from the majority who are not.

Senior FBI officials told AP they’re not encouraging schools to monitor researchers by nationality but instead to take steps to protect research and to watch for suspicious behavior. They consider the briefings vital because they say universities, accustomed to fostering international and collaborative environments, haven’t historically been as attentive to security as they should be.

“When we go to the universities, what we’re trying to do is highlight the risk to them without discouraging them from welcoming the researchers and students from a country like China,” John Demers, the Justice Department’s top national security official, said in an interview.

The effort comes amid a deteriorating relationship between the U.S. and China and as a trade war launched by President Donald Trump contributes to stock market turbulence and fears of a global economic slowdown. American officials have long accused China of stealing trade secrets from U.S. corporations to develop their economy, allegations Beijing denies.

“Existentially, we look at China as our greatest threat from an intelligence perspective, and they succeeded significantly in the last decade from stealing our best and brightest technology,” said William Evanina, the U.S. government’s chief counterintelligence official.

The FBI’s effort coincides with restrictions put in place by other federal agencies, including the Pentagon and Energy Department, that fund university research grants. The National Institutes of Health has sent dozens of letters in the past year warning schools of researchers it believes may have concealed grants received from China, or improperly shared confidential research information.

The threat, officials say, is more than theoretical.

In the past two months alone, a University of Kansas researcher was charged with collecting federal grant money while working full time for a Chinese university; a Chinese government employee was arrested in a visa fraud scheme that the Justice Department says was aimed at recruiting U.S. research talent; and a university professor in Texas was accused in a trade secret case involving circuit board technology.

The most consequential case this year centered not on a university but on Huawei, charged in January with stealing corporate trade secrets and evading sanctions. The company denies wrongdoing. Several universities including the University of Illinois, which received the FBI email last February, have since begun severing ties with Huawei.

The University of Minnesota did the same, with an administrator reassuring the FBI in an email last May that issues raised by a best practices letter an agent forwarded “have certainly been topics of conversation (and occasionally even action) in our halls for a while now.”

But the Justice Department’s track record hasn’t been perfect, leading to pushback from some that the concerns are overstated.

Federal prosecutors in 2017 dropped charges against a Temple University professor who’d been accused of sharing designs for a pocket heater with China. The professor, Xiaoxing Xi, is suing the FBI. “It was totally wrong,” he said, “so I can only speak from my experience that whatever they put out there is not necessarily true.”

Richard Wood, the then-interim provost at the University of New Mexico, conveyed ambivalence in an email to colleagues last year. He wrote that he took seriously the national security concerns the FBI identified in briefings, but also remained “deeply committed to traditional academic norms regarding the free exchange of scientific knowledge wherever appropriate — a tradition that has been the basis of international scientific progress for several centuries.

“There are real tensions between these two realities, and no simple solutions,” he wrote. “I do not think we would be wise to create new ‘policy’ on terrain this complex and fraught with internal trade-offs between legitimate concerns and values without some real dialogue on the matter.”

A University of Colorado associate vice chancellor equivocated in January on how to handle an agent’s request for a meeting, emailing colleagues that the request to discuss university research felt “probing” and like “more of a fishing expedition” than past occasions. Another administrator replied that the FBI presumably wanted to discuss intellectual property theft, calling it “bright on their radar.”

FBI officials say they’ve received consistently positive feedback from universities, and the emails do show many administrators requesting briefings, campus visits, or expressing eagerness for cooperation. A Washington State University administrator connected an FBI agent with his counterpart at the University of Idaho. The University of North Carolina-Chapel Hill requested a briefing last February with an administrator, saying “we would like to understand more about the role of the FBI and how we can partner together.” A University of Nebraska official invited an agent to make a presentation as part of broader campus training.

Kevin Gamache, chief research security officer for the Texas A&M University system, told AP he values his FBI interactions and that the communication goes both ways. The FBI shares threat information and administrators educate law enforcement about the realities of university research.

“There’s no magic pill,” Gamache said. “It’s a dialogue that has to be ongoing.”

The University of Nevada, Las Vegas vice president for research and economic development welcomed the assistance in a city she called the “birthplace of atomic testing. “We have a world-class radiochemistry faculty, our College of Engineering has significant numbers of faculty and students from China, and we have several other issues of concern to me as VPR. In all of these cases, the FBI is always available to help,” the administrator, Mary Croughan, emailed agents.

The AP submitted public records requests for correspondence between the FBI and research officials at more than 50 schools.

More than two dozen produced records, including seminar itineraries and an FBI pamphlet warning that China does “not play by the same rules of academic integrity” as American institutions observe. The document, titled “China: The Risk to Academia,” says Beijing is using “non-traditional collectors” like post-doctoral researchers to collect intelligence and that programs intended to promote international collaboration are being exploited. Eric Tucker, Washington, AP 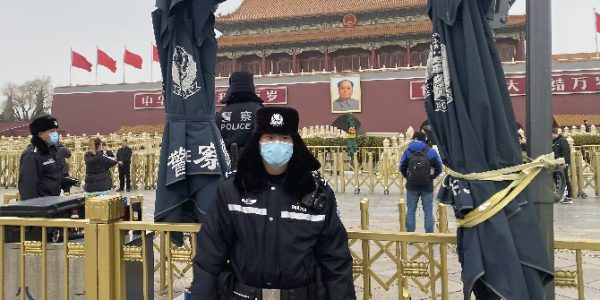 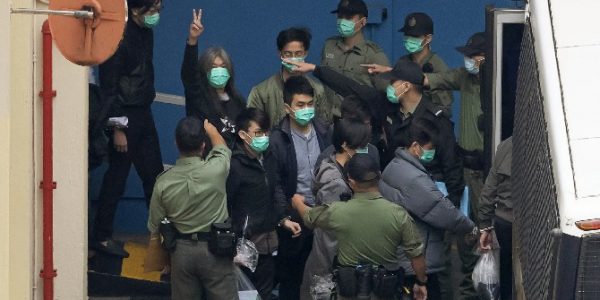 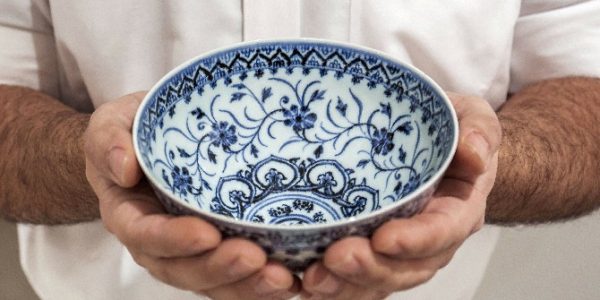 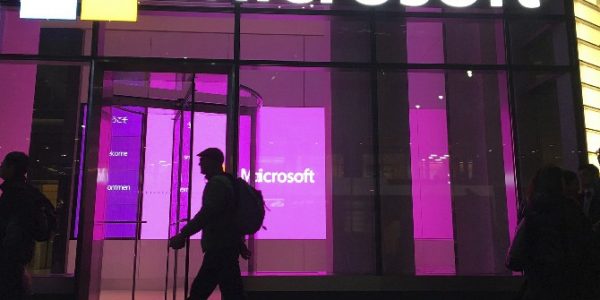