USE OF ENGLISH IN MACAU | A ‘de facto’ official language 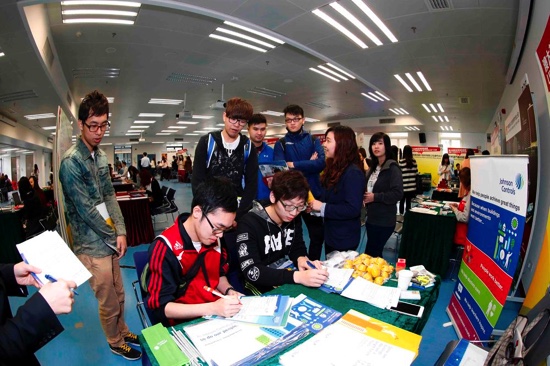 Official use of English ‘neglected’ in HK

The government of the neighboring SAR has been accused of neglecting the use of English in communicating with the public and the media, instead favoring Chinese language, the South China Morning Post reported last month.
The report recalled that the policy of ministers penning Chinese-only blogs is a regular practice, with no English translations being provided, even though their blogs reflect upon important policy ideas.
In addition, ministers are more often delivering public speeches and issuing statements in Chinese. Follow-up questions are rarely provided in English, according to the report.
Chief Executive Leung Chun-ying made 61 public speeches in Chinese over the 12 months leading up to the end of May. He delivered 28 speeches in English over the same period.
City Party lawmaker Claudia Mo Man-ching stressed that there was a clear problem, which the government was refusing to acknowledge. “I have a feeling that the government is trying to shut down the use of English, in order to emphasize the fact that Hong Kong is a mainland city, and that English is just a second language for Hong Kongers,” she said, adding: “This is not right, since English shares an equal status with Chinese.”