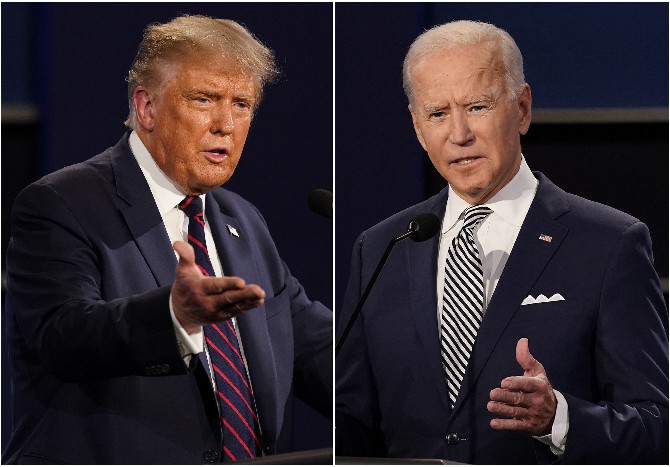 After meeting last month in perhaps the most chaotic debate in modern history, President Donald Trump and his Democratic rival, Joe Biden, will take the stage this morning [Macau time] to give it another go.
The bar to improve upon their last prime-time meeting is low: Their first debate was punctuated by frequent interruptions, mostly from Trump, leaving the two men talking over each other and Biden eventually telling the president to “shut up.” A planned second debate didn’t happen after the Republican president was diagnosed with the coronavirus and refused to participate in a virtual format. Biden and Trump instead participated in dueling town halls on competing television networks.
Todays’s debate, starting at 9 a.m. [Macau Time], from Nashville, Tennessee, marks the candidates’ second and final face-to-face meeting, with Election Day less than two weeks away.
Here’s what to watch:

MUTED MICROPHONES
After viewers of the last presidential debate bemoaned the moderator’s inability to cut off the candidates’ microphones, the nonpartisan Commission on Presidential Debates responded with an announcement this week that each candidate’s microphone will be turned off while his opponent gives a two-minute answer to an initial question on each debate topic.
After those initial replies, the microphones will stay on during open discussion, leaving it likely there will still be lots of crosstalk during rebuttals.

CORONAVIRUS
Since the last debate, Trump was diagnosed with and hospitalized for COVID-19. The Republican has cast the virus and his own infection in positive terms, resumed holding large campaign rallies and attacked the government’s top infectious-disease expert, Dr. Anthony Fauci. Biden, who has portrayed the Trump administration’s response as an abject failure, has taken a much more cautious approach. He regularly wears a mask, holds small in-person campaign events and releases his COVID-19 test results, which have been negative. Look for them to focus on personal choices as much as their differing policy plans.

FAMILY AND PERSONAL ATTACKS
The president for months has been making accusations of corruption against Biden and has lately intensified his focus on unverified claims about Biden’s son Hunter. During the last debate, the president did not shy away from bringing up Biden’s family, targeting the former vice president’s son for his history of substance misuse, and attacked Biden’s intelligence.
Biden aides anticipate Trump will again level searing personal attacks during the debate. The Democrat is expected to try to redirect to his core argument that Trump is unfit for the job.

RACE
Following a summer marked by protests across the country over racial injustice, Trump has repeatedly portrayed himself as a greater champion for Black Americans than Biden is while emphasizing a law-and-order theme. But during the last debate, Trump gave a reluctant answer when asked if he would condemn white supremacists, and he refused to outright condemn a far-right fascist group, instead telling them to “ stand back and stand by.”
Biden, who frequently acknowledges systemic racism, has accused the president of encouraging a rise of white supremacy and armed militias and cites Trump’s comments that there were “very fine people” on both sides of a 2017 white supremacist rally in Charlottesville, Virginia, as the impetus for his presidential run.
Look for the Democrat to continue hitting those themes while Trump casts Biden as responsible for helping send millions of Black Americans to prison with a 1994 crime law when Biden was a senator.

LEADERSHIP AND NATIONAL SECURITY
Look for Trump to continue promoting his “America First” policies, which have pulled the U.S. out of multilateral agreements that he maintains were not in the country’s interests. He’s also likely to highlight construction of more than 200 miles (320 kilometers) of his promised wall along the U.S.-Mexico border and recently brokered deals normalizing relations between Bahrain and the United Arab Emirates and Israel.
Biden has accused the president of alienating long-standing U.S. allies. Expect him to focus on Trump’s efforts to sustain a relationship with Vladimir Putin’s Russia despite warnings from U.S. intelligence agencies that Russia interfered in the 2016 U.S. presidential election and allegations that Russia offered secret bounties for American deaths in Afghanistan.

IMMIGRATION
Immigration isn’t among the featured topics expected during the debate, but look to whether Biden seeks to raise the issue on the heels of a report this week that court-appointed lawyers have been unable to find the parents of 545 children separated at the U.S.-Mexico border early in the Trump administration. Biden has repeatedly slammed Trump’s immigration policies, something that Trump featured prominently in his 2016 campaign.

MODERATOR AND FORMAT
The debate will be moderated by NBC News White House correspondent Kristen Welker. Welker will be the first Black woman to serve as the moderator of a presidential debate since Carole Simpson in 1992.
The debate be divided into six 15-minute segments, each on a topic selected by Welker: “Fighting COVID-19,” “American Families,” “Race in America,” “Climate Change,” “National Security” and “Leadership.”
Trump and Biden will each have his microphone cut off while his rival delivers an opening two-minute answer to each of the six debate topics, the commission announced. The mute button won’t figure into the open discussion portion of the debate.

HOW TO WATCH
The 90-minute debate will start at 9 p.m. EDT [9 a.m. today, Macau time] and will be aired on major networks and cable news channels including ABC, CBS, CNN, Fox, Fox News Channel, Fox Business Network, PBS, NBC, MSNBC, Noticias Telemundo and C-SPAN. Most of the networks will offer a way to watch the debate live online, through their apps and accounts on YouTube and other social media channels. MDT/AP 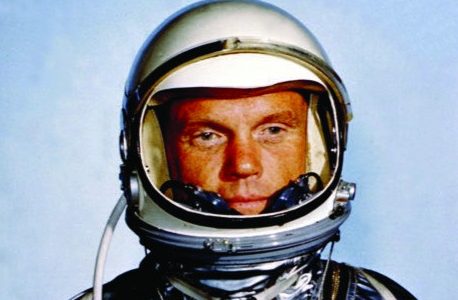